OTTAWA -- Ottawa's historic ByWard Market is in line for a proposed $129 million makeover to create "network of inspiring public places for" pedestrians.

The report for the Finance and Economic Development Committee also outlines long-term plans for a new "York Street Flex" plaza stretching from Sussex Drive to York Street and redeveloping the Clarence Street parking garage as a new "destination building."

The ByWard Market Public Realm Plan has been divided up into over 20 capital projects, with an estimated cost of at least $129 million.

"The vision set by the Public Realm Plan imagines a network of inspiring public places for pedestrians where residents and visitors will linger, relax, and explore this unique food market and heritage district," says a report for the Finance and Economic Development Committee on Dec. 1.

"The heritage market building will remain the heart of the Market. A key goal of the Public Realm Plan is to shift the perception of the Market from a vehicular-oriented space to one where pedestrians come first." 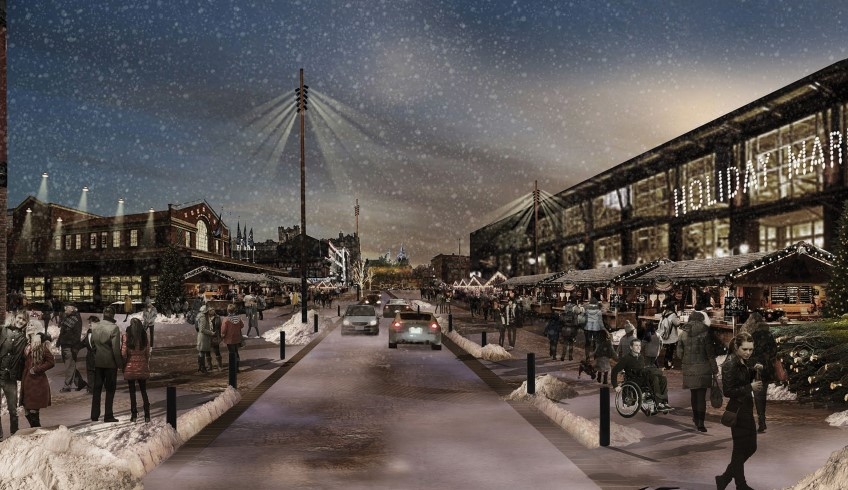 The City of Ottawa says the plan has six "Big Moves" as key transformative design concepts:

The plan would maintain vehicle circulation in the ByWard Market, except on William Street. 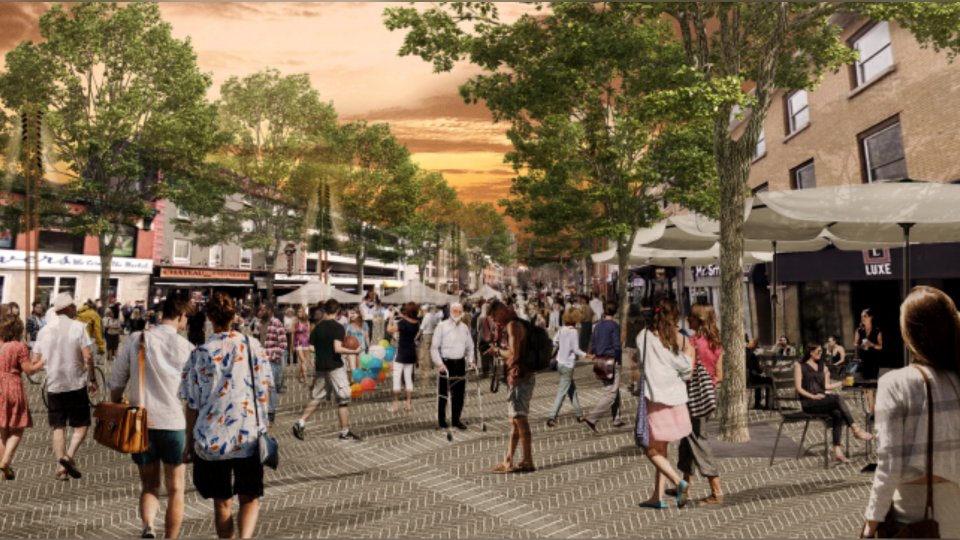 "There is no doubt this aims to be a comprehensive plan that will leave no stone untouched in the ByWard Market Area. Most importantly, this plan establishes a vision and, moving forward, guiding principles," said Councillor Mathieu Fleury in a report for the Finance and Economic Development Committee.

"I find this plan unique because it will allow the Market to officially define its character and its distinct areas that make up the Market's fabric."

The most expensive parts of the $129 million plan include the broad pedestrian areas on George Street, between Sussex Drive and Cumberland Street, and York Street, from Sussex Drive to King Edward Avenue.

The City of Ottawa is hoping to cover the $129 million plan with funding from upper levels of government, public-private partnerships and leveraging assessment management funding where practicable. Funding would also be subject to future city budgeting.

There is no money in that budget to redevelop the municipal parking garage at 70 Clarence Street into a destination building. Staff say approval of the ByWard Market Public Realm Plan would trigger an investigation into redevelopment options, including demolishing the structure.

A new York Street Flex Plaza is part of the vision for the future. Staff recommend the city seek funding in the 2022 capital budget and from upper levels of government to proceed with the detailed design for the plaza along York Street from Sussex Drive to ByWard Market Square.

"The delivery of this new space has the potential to make a large and immediate impact on the public realm, as it redefines the use of space, creates a high-quality environment, and provides the flexibility that is fundamental to the plan," said the staff report.