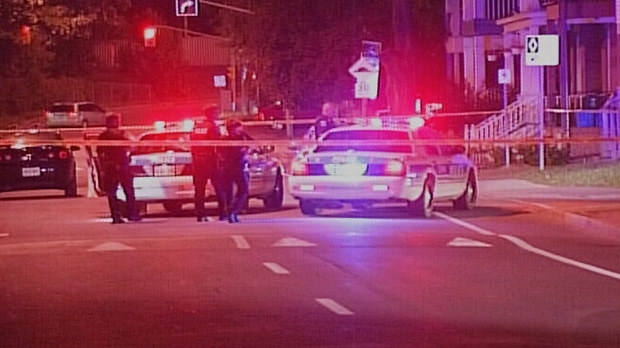 Police said the original paramedic news release had an error - the victim was on foot and had not been skateboarding.

A man remains in hospital after he was hit by a vehicle while walking in central Ottawa Tuesday night.

Ottawa paramedics said they were called to the intersection of Lyon Street and Flora Street, near Ottawa’s central Greyhound station, around 10:40 p.m.

When they arrived they said they found an unconscious man suffering from a severe head injury. Ottawa police said he was 41 years old.

Paramedics said the man was taken to hospital with severe, life-threatening injuries.

Police are investigating the crash, which closed a small stretch of Lyon Street for a few hours.

Const. Marc Soucy said the original paramedic report that the man had been skateboarding was incorrect - he was on foot at the time he was struck.