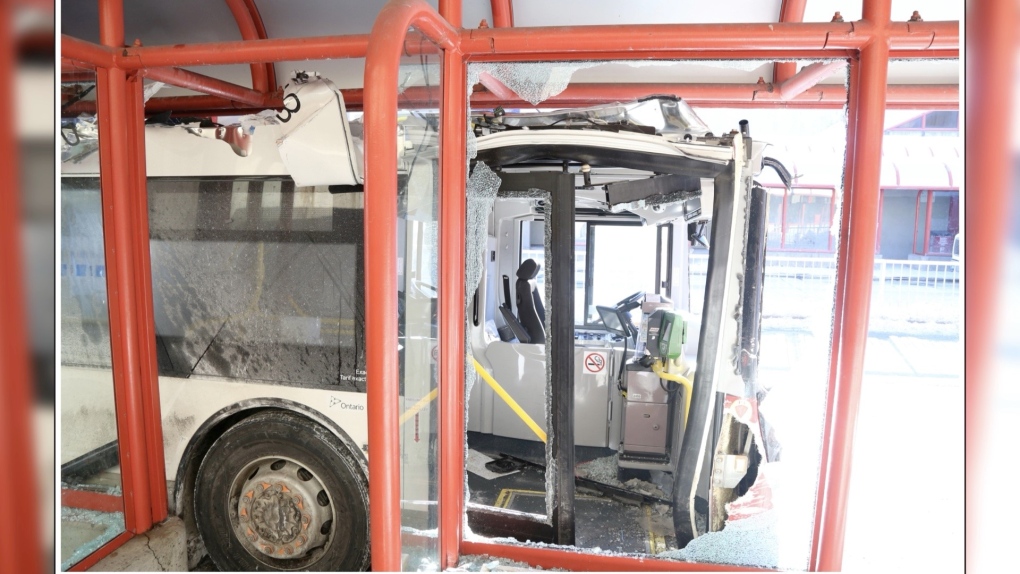 OTTAWA -- Lawyers for the OC Transpo driver charged in the deadly Westboro bus crash challenged a passenger's recollection about the speed of Aissatou Diallo's bus compared to the one he was on as it passed him.

In an email statement and interview with police, Jordan Lowry said he saw the bus Diallo was driving "zoom right by us and thought it looked like it was going faster than I'm used to seeing."

Diallo's defence team disputed that by using data from the bus she was driving to get the speed.

"That's zooming by you at 8 miles per hour when you're stopped at Tunney's Pasture sir?" pressed Solomon Friedman.

"It felt significantly quicker than the busses when they normally pass us at that stop, that's all I can tell you," Lowry replied.

After viewing a video of Diallo's bus passing his and his bus passing Diallo's, Friedman asked "do you think you got it right?"

"I stand by it felt like they were going by faster," Lowry answered.

Lowry was travelling on the bus that was behind the one that crashed in January 2019.

"I said Holy s*** out loud and I never usually say anything on the bus," said Lowry, recalling how he saw the bus looking like it was hitting snowbanks. "One thing that did strike me is I could hear a woman screaming through the earphones," he said.

"Some people from my bus got off and rushed over. I did not because I don't have any medical training and I just don’t want to get in the way of people who do."