Pakenham General Store up for sale 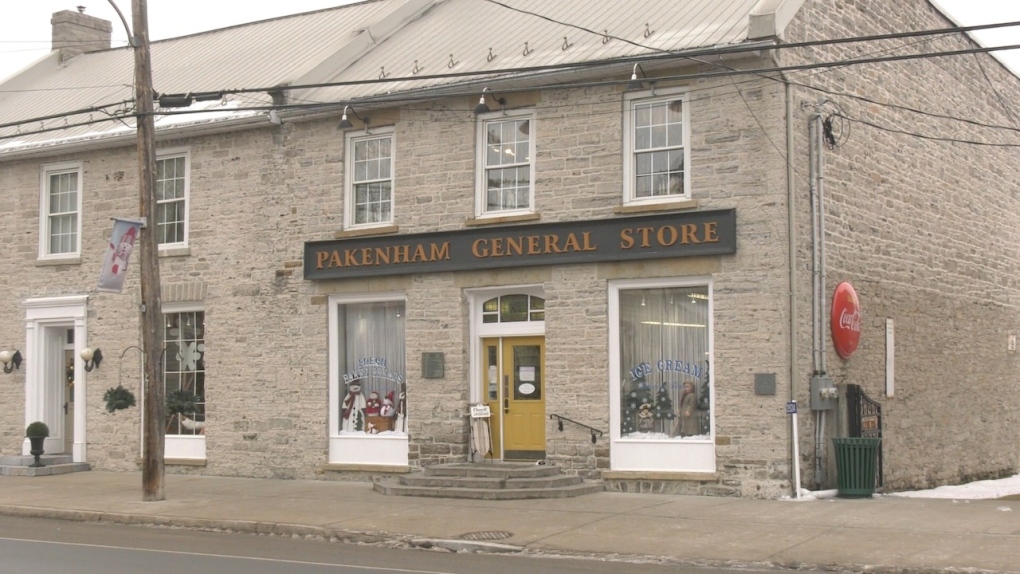 OTTAWA -- Since 1840, the Pakenham General Store has served thousands of customers from near and far, but now that the store is up for sale, the community is worried about possibly losing the historic landmark.

Rodney Bell has been the owner of the store, as well as the attached home, since 2002. He says it’s time for him to retire.

“It’s time to take a little time to relax and enjoy. As a business owner, you never really leave work, there’s always something to be done.”

It’s hard for Bell to leave work, with a door to his home just trough the gift shop.

Known for its bakery, Bell says people from as far as Toronto come for the goodies. He adds, that the general store is also a place where many memories have been created.

“So many stores like ours are no longer in existence. So we’re trying to create that shopping experience - that relaxed atmosphere.”

But Bell’s time as the 12th owner of the store is coming to a close.

The general store and attached home are listed together for $1.45 million. Bell says he’s hoping to sell to someone with the intention for continuing to operate the store in Pakenham.

“People are afraid that we’re going to close, and with change there’s always an uncertainty.”

Despite the niche listing, Bell, who used to work in real estate himself, is optimistic in finding a suitor, and is hopeful someone younger than him can bring fresh ideas to keep the store alive, and maybe even take it online.

“It will provide a hole in the community if we do not find somebody to continue with what we’ve done.”