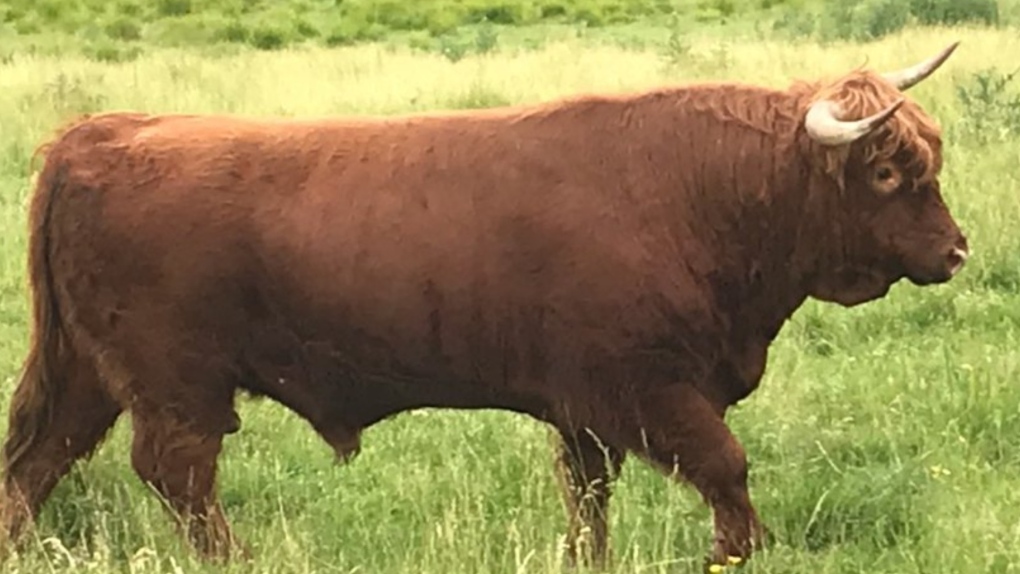 Lanark County OPP are looking for the owner of this bull, who was found Tuesday, June 22, 2021 without a collar or tag. (Photo provided by Ontario Provincial Police / Twitter)

OTTAWA -- Ontario Provincial Police say the owner of a stray bull that was wandering around Lanark County has been found.

OPP said that a highland bull was found Tuesday morning in the Lanark area with no tag or collar. It was apparently uncooperative, well fed, and it had "very pointy" horns, according to police.

Found: one Highland bull, no tag or collar, not co-operative, well fed, horns very pointy.
If you recognize this wee laddie, and you're missing a bull, please call 1-888-310-1122 ^jt #LanarkOPP @OPP_COMM_ER pic.twitter.com/KCVtlfKcay

The "wee laddie" was held on a property in the Scotch Line and Kelford area while officers searched for the owner.

Just after 1 p.m., police tweeted to say the bull's owner had been located and thanked the public for their assistance.

UPDATE: OWNER FOUND! Thank you to everyone for the re-tweets and assistance ^jt @OPP_COMM_ER pic.twitter.com/BXgJNfzNM1