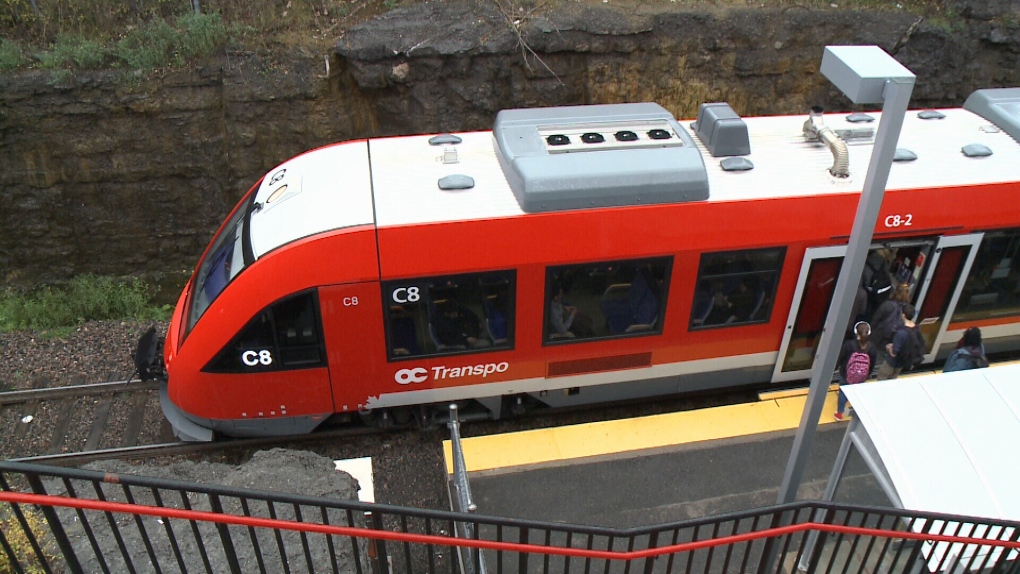 Passengers are seen boarding the O-Train at Carling Station on the The Trillium Line.

Starting August 4th to September 4th, Stage 2 construction will be taking place overnight in the 'Ellwood Diamond' where the Via and OTrain tracks cross (between the Mooney's Bay and Walkley stations) to build the substructure for the future rail bridge. @RiversideParkCR pic.twitter.com/pJT7WlZ8LW

The first memo describes work where the Trillium Line and Via Rail tracks intersect between Mooney's Bay and Walkley stations. A bridge is being built in the area to allow Via trains to safely bypass the Trillium Line. The work is expected to last one month.

Construction work will begin at 10 p.m. each night and end by 6 a.m. each morning. Efforts will be made to keep lights facing away from residences. Sound levels are not expected to exceed 85 decibles—approximately as loud as a lawnmower—but the memo says that sound level should be greatly reduced by about 30 metres away.

The memo says nearby residents should not be troubled by lights, as they will be facing away from residential areas. There will be some noise, at a level not expected to exceed 65 decibels. For comparison, the sound of a vacuum cleaner is commonly used to refer to a level of 70 decibels.

The work is part of the Stage 2 expansion of the north-south Trillium Line, which is scheduled to be complete in 2022. The Trillium Line will remain closed until the expansion is complete. The expansion will extend the line from its southern terminus at Greenboro Station to Riverside South and the Ottawa Airport.