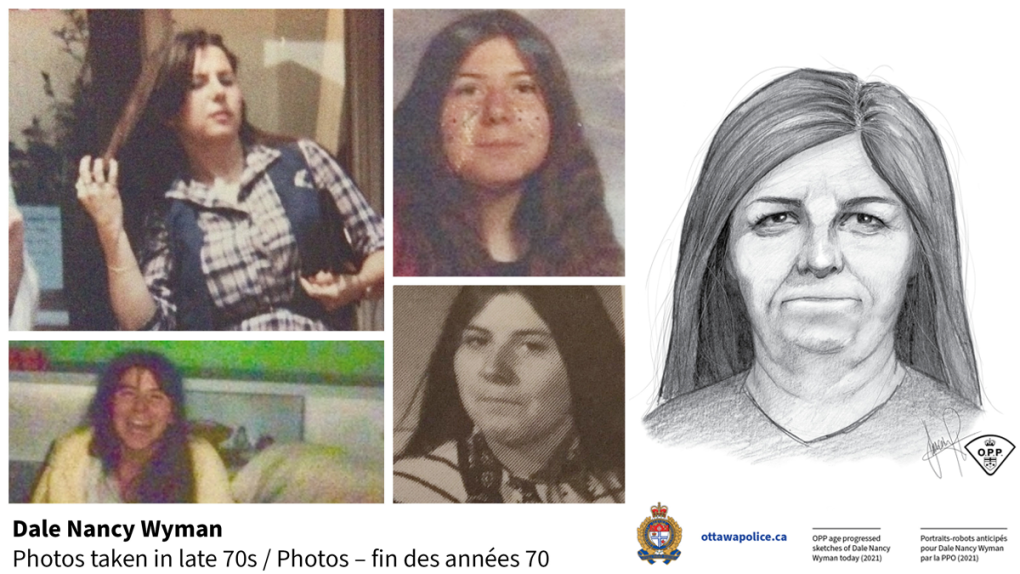 The disappearance of an Ottawa woman has been solved more than 40 years after she went missing.

While she has since passed away, it brings an end to a mystery that has troubled a local family for decades.

Dale Nancy Wyman was last seen on July 16, 1980. She was 22 at the time and living on Washington Avenue, in what was then the city of Vanier. She hailed a cab that morning, headed to the bus station on Catherine Street and never returned.

Her family had been searching for her ever since.

In 2021, Ottawa police issued a new call for tips into her disappearance, including age-progressed sketches and a video message from her family.

“Recently, a third party came across the post and contacted Dale’s family to advise she had been living outside the country all this time and that she recently passed away,” police said.

Ottawa police did not specify where she had been living.

Detective Linda Nethercott from the Ottawa Police Missing Persons Unit thanked everyone involved for their help in solving the mystery.

“The family has been waiting over 40 years for this news,” Netercott said.

She urged people who may have any information about any missing person case to come forward.

“Unsolved cases are never closed, and families are waiting to hear, no matter how much time has passed,” Nethercott said.