OTTAWA -- The election results in the capital region mirrored the federal results Monday night: more of the same.

Here’s a look at the election results in Ottawa.

Conservative Party incumbent Pierre Poilievre has been re-elected for a seventh term on Parliament Hill.

As of 10:45 a.m. Tuesday, Poilievre had received 50.2 per cent of the vote, compared to 33.9 per cent for Liberal Party candidate Gustave Roy and NDP candidate Kevin Hua at 11.5 per cent.

Poilievre has been an MP since 2004, representing Nepean-Carleton and the new riding of Carleton. He declined to speak with reporters after his victory.

Poilievre arrived through a back door so we couldn’t ask questions when he returned. They’ve locked the doors. Here’s a shot of the gathering from the glass. #ottnews @ctvottawa #elxn44 pic.twitter.com/2qFlAm22A9 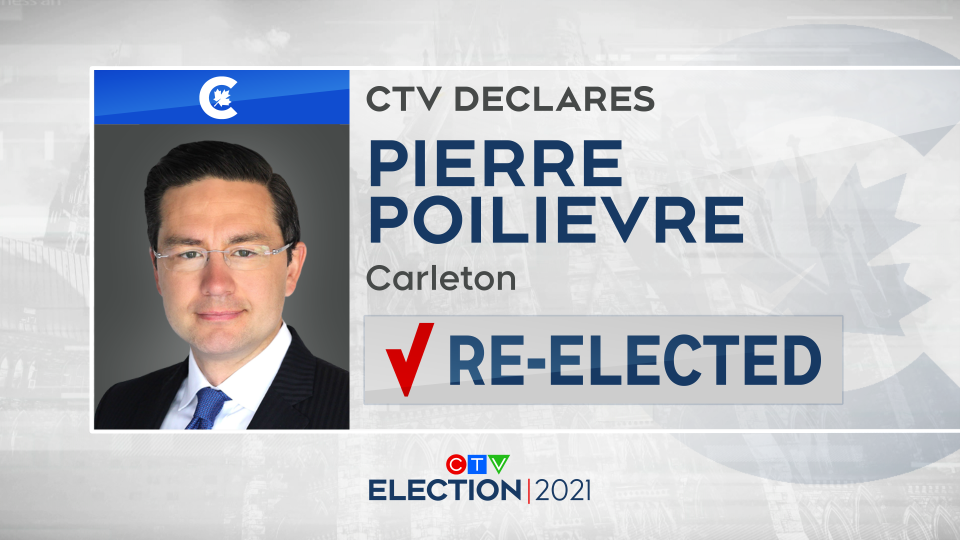 Jenna Sudds will be leaving Ottawa City Hall for a new office on Parliament Hill.

"Amazing," said Sudds when informed by CTV News Ottawa's Patricia Boal she was declared the winner in the hotly contested riding of Kanata Carleton.

The Ottawa Councillor won the riding of Kanata Carleton for the Liberal Party in a close battle with the Conservative Party candidate Jennifer McAndrew.

“I think everyone worked heard. It was a quick campaign, which has its challenges,” said Sudds.

“Kudos to everyone who stepped up, everyone who put their name on the ballot. It's a tremendous amount of work as I would know after these last 36 days so the utmost of respect.”

Sudds says the pandemic will remain “front and centre” for her priorities on Parliament Hill.

“Still making sure we go through there, making sure our economy continues to rebound, taking care of our childcare plan as well, of course, is really important to people here in Kanata-Carleton,” said Sudds.

“$10 a day childcare, as certainly you know, certainly a big help for families and climate change.”

Sudds succeeds Karen McCrimmon as the Liberal MP in the riding of Kanata Carleton. McCrimmon announced this summer she would not be seeking re-election following two terms as an MP. 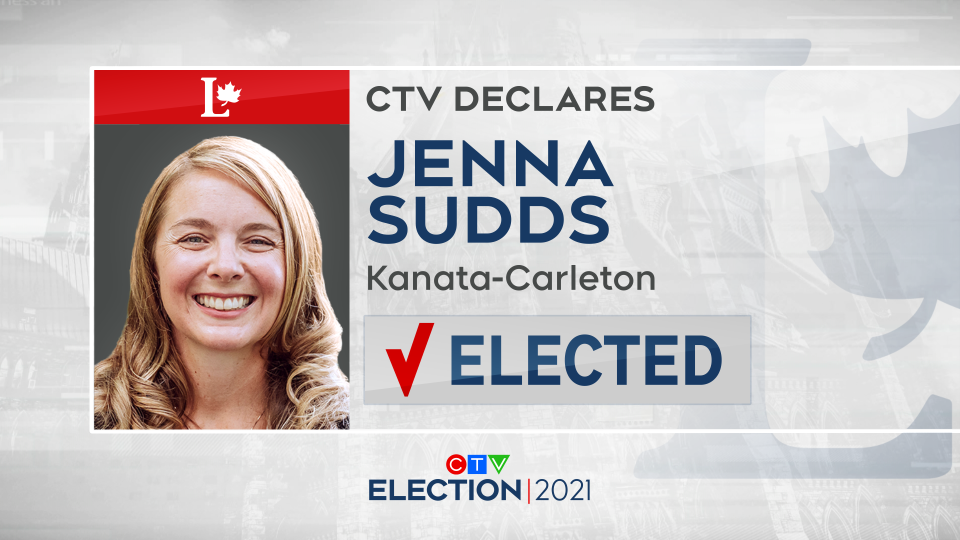 Liberal Party incumbent Chandra Arya has been re-elected for a third term in office.

Voters elected Arya in the riding of Nepean Monday night.

As of 10:45 a.m. Tuesday, Arya had received 44.7 per cent of the vote, compared to 33.9 per cent for Conservative Party candidate Matt Triemstra and 16.5 per cent for NDP candidate Sean Devine.

Arya has represented the riding since 2015. 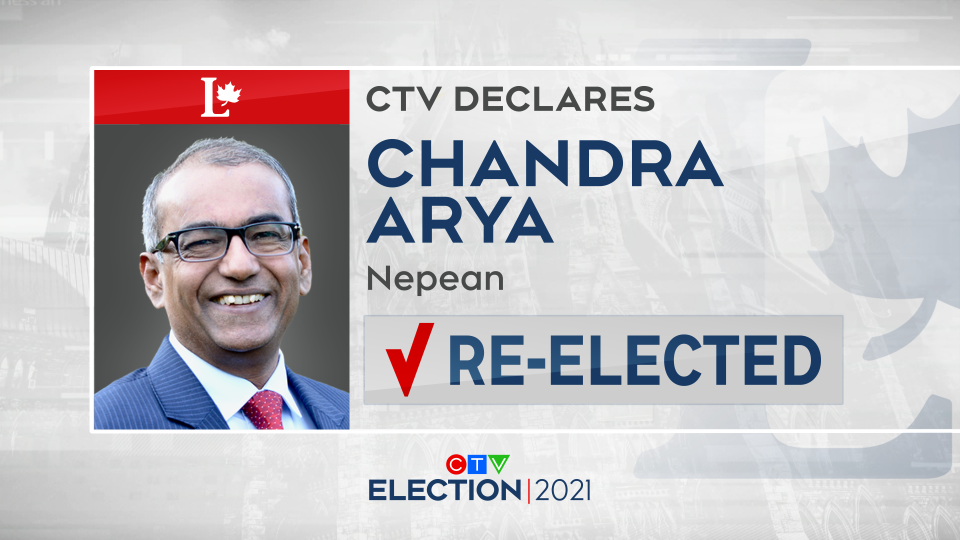 Lalonde won the riding of Orleans in Monday’s election, receiving 51.3 per cent of the vote (as of 10:45 a.m. Tuesday)

“This is a win for Canada. This is a win because we’re going to be able to advance,” said Lalonde late Monday night.

“I want to say, first, thank you to our community here in Orleans for trusting me and re-electing myself. Canada needs the Liberal Party because we have been there since day one, and we will continue to advance what we need to do to ensure that Canadians are safe, that Canadians are healthy.”

Lalonde has represented the riding of Orleans as an MP since 2019, after serving as an MPP for two terms. 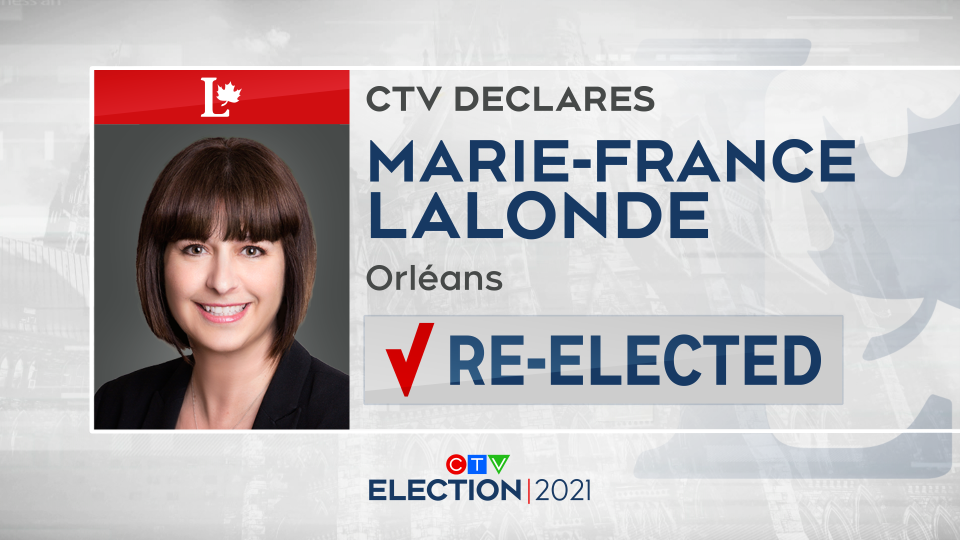 Yasir Naqvi is returning to politics, this time on Parliament Hill.

The Liberal Party candidate won the riding of Ottawa Centre, holding on to the seat previously held by cabinet minister Catherine McKenna.

McKenna announced this summer she would not be seeking re-election after two terms as Member of Parliament for Ottawa Centre.

Naqvi represented the riding of Ottawa Centre as an MPP for three terms between 2007 and 2018. 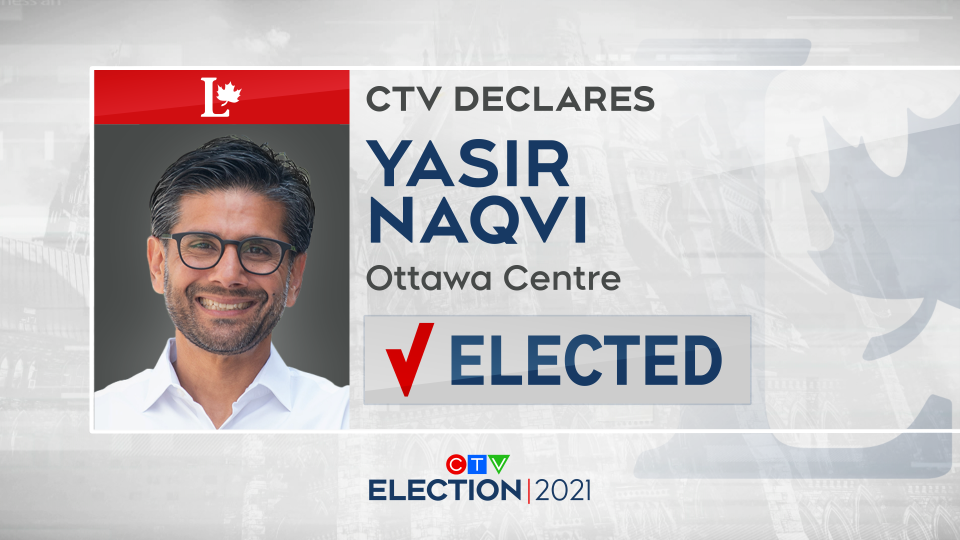 The Liberal Party incumbent was re-elected in the south Ottawa riding on Monday night, receiving 48.7 per cent of the vote as of 10:45 a.m. Tuesday.

“There are a lot of priorities here. We’ve learned a lot by meeting with thousands of thousands of residents, and I’m very, very, very humbled and very privileged to be re-elected for a seventh time,” said McGuinty.

McGuinty has held the riding since 2004.

Former Liberal John Manley represented the riding between 1988 and 2004. 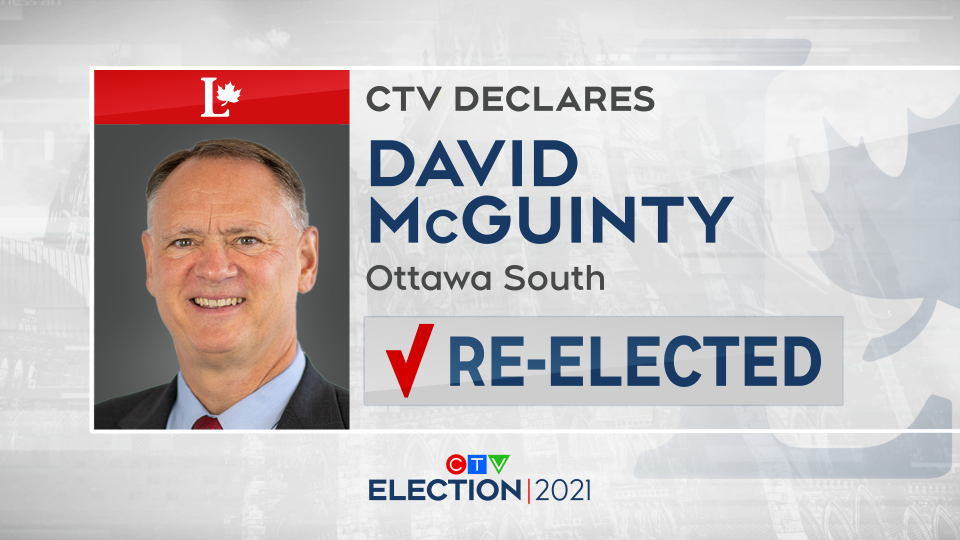 The riding of Ottawa-Vanier remained painted Liberal red on election night, as Mona Fortier was re-elected for a third term.

The Liberal cabinet minister received 48.8 per cent of the vote to win the riding of Ottawa-Vanier.

“I’m very proud that the confidence I got from Ottawa Vanier residents and I will be the voice to represent everyone,” said Fortier.

“It’s really important to continue to work for fighting against COVID-19, of course, we still have that job to do. And then to work for workers, families and businesses and our road to recovery. I’m looking forward to work very hard for the people of Ottawa Vanier.”

Fortier has held the riding since 2017, when she won a byelection.

The federal Liberals have held the riding of Ottawa Vanier, and previously Ottawa East, since its inception in 1935. 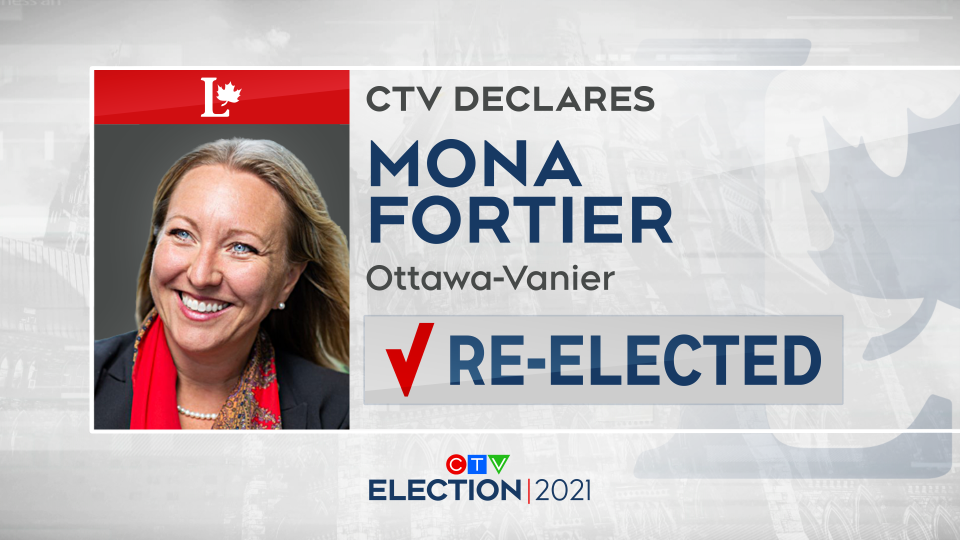 Liberal Party incumbent Anita Vandenbeld has been re-elected for a third term on Parliament Hill.

Vandenbeld was first elected in 2015. 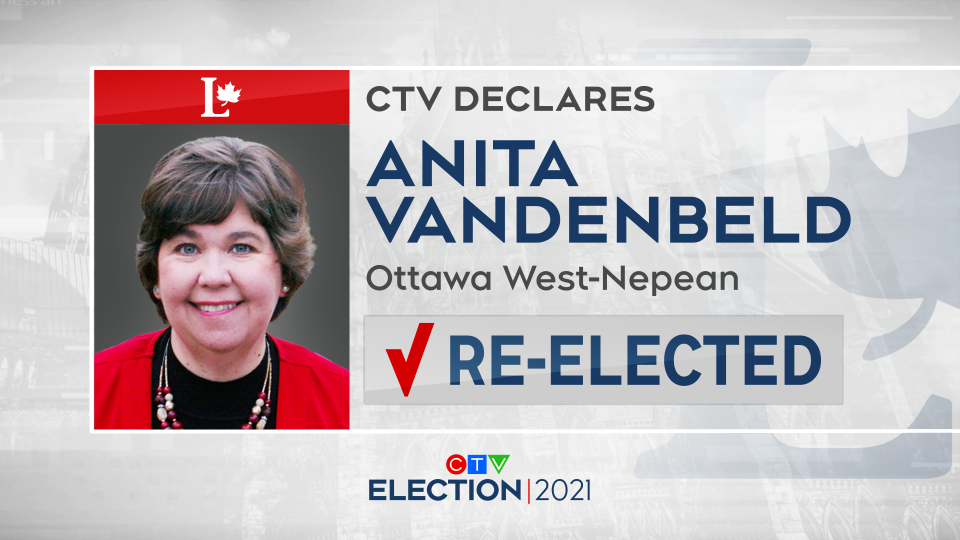