Ottawa vigils mark the 30th anniversary of the Montreal Massacre 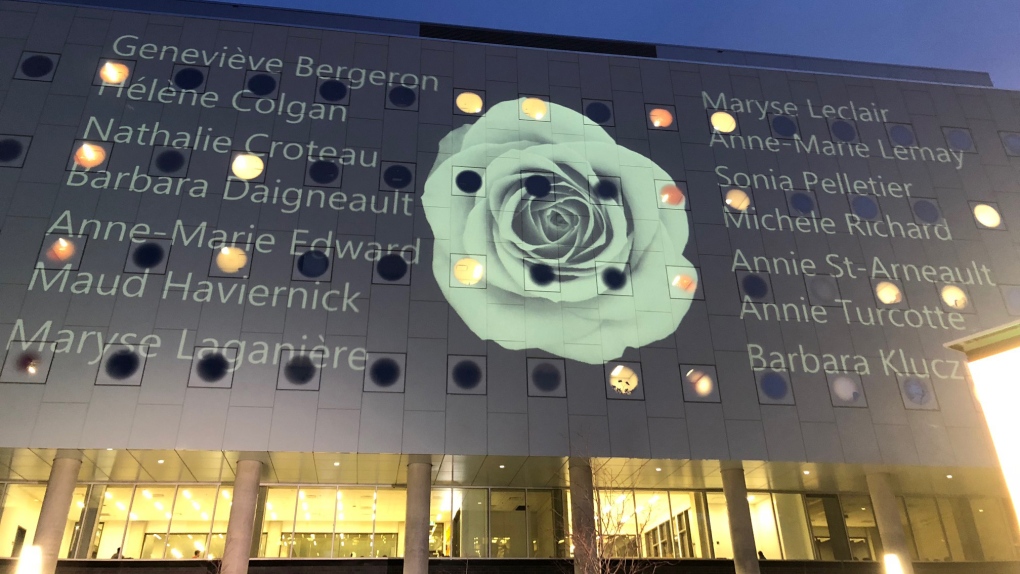 The University of Ottawa held a vigil to commemorate the 30th anniversary of the Montreal massacre, and projected the names of the 14 victims onto the exterior wall of the Stem Building.

OTTAWA -- Vigils are being held in Ottawa today to remember the victims of the Montreal Massacre.

On December 6, 1989, 14 women were killed by a man in the engineering school at Montreal’s Ecole Polytechnique. Parliament has designated December 6 at the National Day of Remembrance and Action on Violence Against Women.

A vigil was held at the Women’s Monument at Minto Park on Elgin Street on Friday evening. Following the vigil, the Ottawa Women’s Event Network presented an Indigenous Panel at the National Arts Centre featuring guest speakers, drummers and a light dinner.

The University of Ottawa also held a commemorative ceremony and vigil to honour the victims, joining 14 universities across Canada to pay tribute to the women who lost their lives 30 years ago by lighting a beam of light. The victims’ names were projected onto the exterior wall of the STEM building.

Over in Kanata, the Western Ottawa Community Resource Centre held an outdoor candlelight vigil to honour all women abused and murdered.

Canadian flags also flew at half-mast on the Peace Tower and at all Government of Canada buildings across the country.