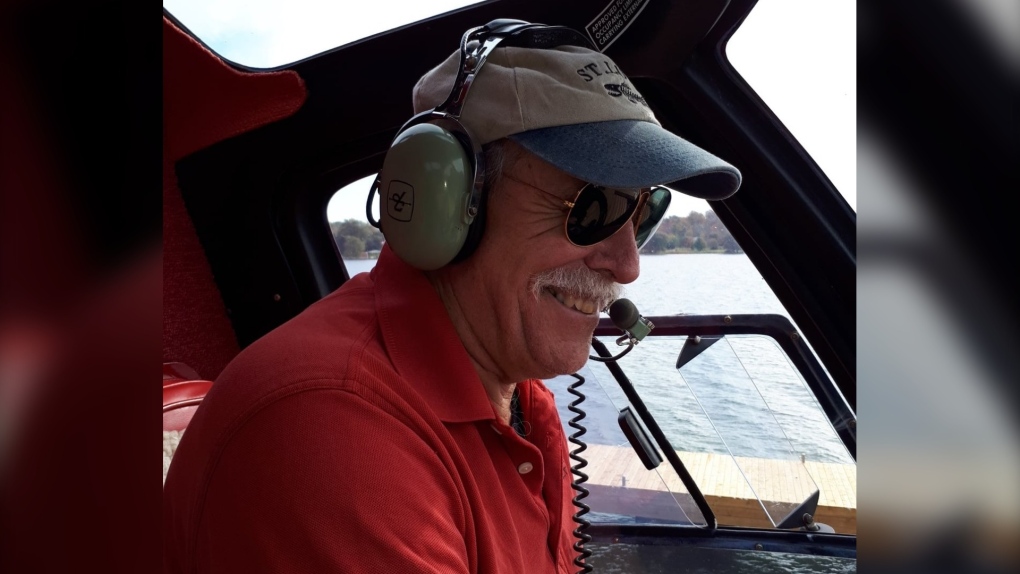 Michael Stockton, 67, is being remembered as an amazing man with a passion for flight. He died in a plane crash in Florida on May 6, 2021. (Photo courtesy of Chris Stockton)

OTTAWA -- An Ottawa Valley man who died last week in a plane crash in Florida is being remembered as a spirited and happy man, and a loving father and grandfather.

Mike Stockton, 67, died when the plane he was in, a Piper Aerostar 600, crashed on Thursday afternoon in a field in Labelle, Florida, about 50 km east of Fort Myers. The Hendry County Sheriff's Office said on Facebook that the plane crashed about 40 yards (36.5 m) from a local church. A second person in the plane was injured.

In a statement to CTV News Ottawa, Stockton's son Chris Stockton called his father an amazing man who cared deeply for his friends and family.

"He was my mentor and helped me evolve to me the family man I am today. He will be extremely missed by so many people including his 33-year-old handicapped daughter Ashley Dawn and beloved wife Karen. The type of man he was; he would hold Ashley Dawn overnight before bed until she was fast asleep."

Chris said his father used to fight forest fires as a helicopter pilot and was an air ambulance pilot in Ottawa in the 1990s. He became a pilot in his twenties and had a lifetime passion for flight.

"He was just overall a happy, spirited man," Chris said.

"He devoted all of his time enriching, teaching, guiding, and caring for his children. He was always ready to help anyone and had a zest for life. He welcomed his daughter-in-law, Jessica with such a warm heart. He was an amazing fun Grandpa to his grandsons Jet (5) and Jagger (2.5).

"He will be missed beyond words. We are all devastated but appreciate the love, support, and understanding we have received. Thank you."

Police did not know the cause of the crash on Thursday and said the U.S. Federal Aviation Administration would be investigating.