Trains are being tested and work continues on completing the stations for Stage 2 of Ottawa's light rail transit project.

On Friday, the city of Ottawa provided a sneak peak on the trains to be used on the north-south Trillium Line.

"I’m please that to date the testing has gone very well on a four kilometre track here in the south end," Mayor Jim Watson said.

The new trains run on diesel and will travel from Bayview Station in Hintonburg to Riverside South, with a spur to the Ottawa International Airport. The trains are 80 metres long.

"A lot of room inside. It’s going to double the capacity over the existing line to 420 (passengers) on this one," says Coun. Allan Hubley. "The cabin where the driver is has better air ventilation in there. They showed us that the windows are heated. So in Ottawa winters it will run well and the driver will have good visibility."

Good visibility in the winter, and clean rails, since this train also comes equipped with a snow plow up front. 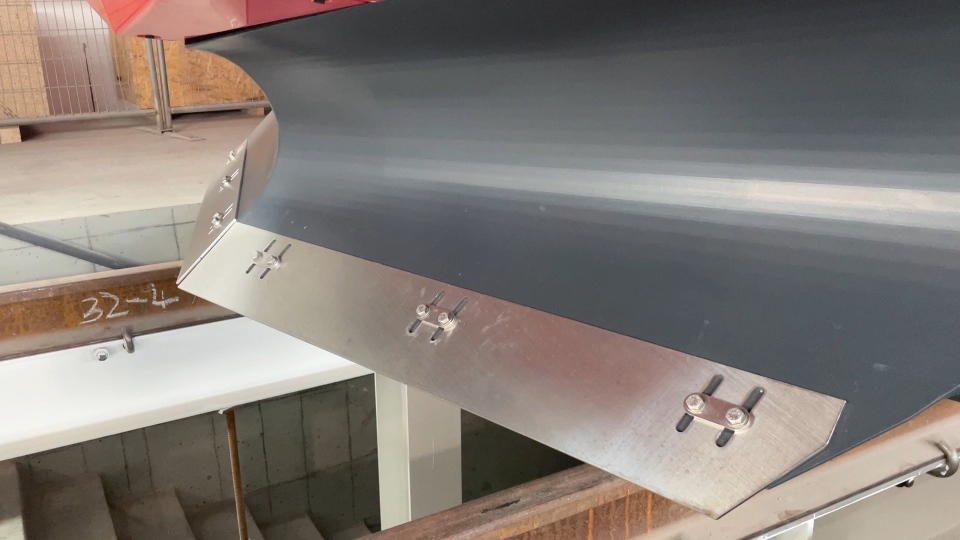 "We have the propulsion system," says Stefan Baer, Stadler C.O.O. "We have four times diesel motors connected to a generator."

The Trillium Line is part of Ottawa’s stage 2 LRT project. The $4.6 billion project also includes running the Confederation Line to Trim Road in the east and Moodie Drive in the west.

However, the recent troubles of the Confederation Line have tested the trust in Ottawa’s LRT system.

"With all the troubles we had with the first one I don’t think it’s exciting," says transit user Faith Ordu. "I am skeptical. A little bit of optimism to see if things are going to work but more skeptical than optimistic."

The new timeline has the Trillium Line ready for passengers next spring at the earliest.