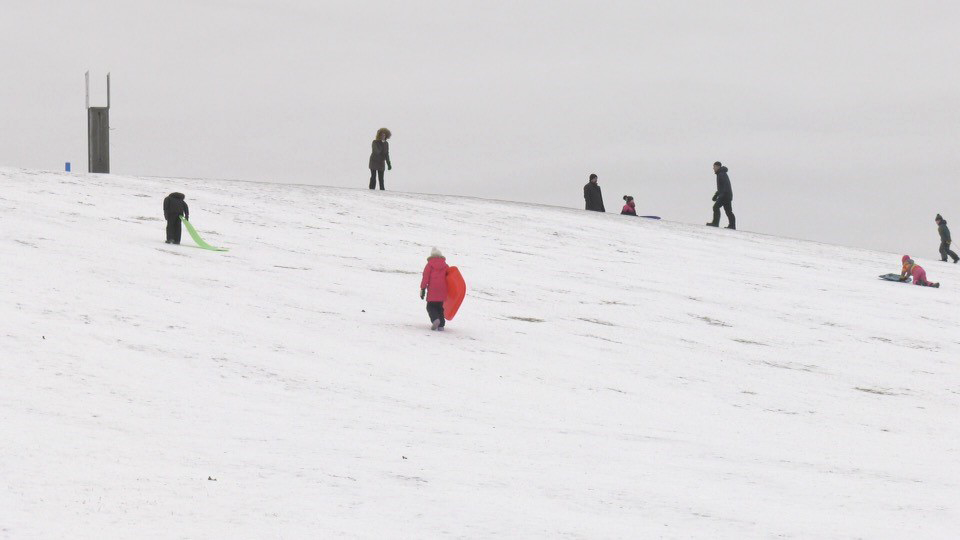 The city of Ottawa has concluded the hill at Mooney's Bay Park is not safe for sledding, and will install "robust temporary seasonal fencing" to discourage people from tobogganing this winter.

Eleven months after an 11-year-old girl died in a tobogganing accident at the popular hill in Ottawa, the city released a review of the incident and follow-up actions to improve safety at Mooney's Bay and other tobogganing hills across the city.

Josée Abi Assal was tobogganing with her family on Dec. 27 when the sled she was on slammed into a pole at the bottom of the hill.  The girl died from her injuries in hospital.

Following the incident, city staff installed barricades, padding for trees and signage at the hill, and performed a review of the Mooney's Bay sledding area. Mooney's Bay Hill was removed from the list of approved sledding hills in 2017, and signage was posted at the top and the bottom of the hill to indicate sledding is prohibited.

In a memo to council, Recreation, Cultural and Facility Services general manager Dan Chenier says following the death of the child, a Municipal Risk Assessment (MRA) was conducted in January, a risk analysis was performed and staff prepared a final report.

"Which concluded that due to the size and steep slope of the hill, along with the multitude of hazards found at the bottom of every area of the hill, there is no area of the hill that offers an acceptable level of risk for sledding use," Chenier said.

Chenier tells council that the city will install "robust temporary seasonal fencing" at Mooney's Bay this winter to discourage sledding.

In addition to the review by the external consultant, a Regional Coroner's Review was conducted, and submitted five recommendations to the city following the fatal tobogganing accident.

Chenier says an internal working group of employees, using all the information that had been gathered and the coroner's recommendations, conducted a comprehensive review, with the goal of broadly examining the sledding program and to look to improve safety.

A list of 10 recommendations has been developed, which Chenier says has the goal to "minimize the reoccurrence of similar incidents, and enhance, when reasonably feasible, the overall safety of the sledding hill program" in the city. The recommendations will be implemented for the winter, with the exception of amendments to the Parks and Facilities Bylaw, which requires council approval.

Here is the list of the 10 recommendations, which includes fencing at Mooney's Bay Hill.