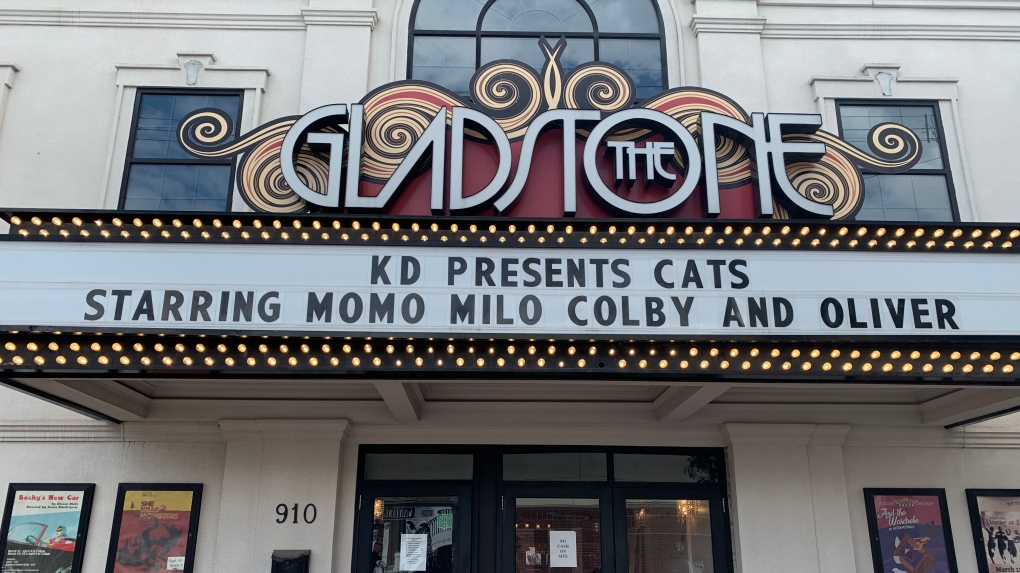 The Gladstone Theatre is one of many venues that will be allowed to reopen in Ottawa in Stage 3. (Saron Fanel / CTV News Ottawa)

OTTAWA -- Concerts, theatre productions and movie theatres are among the businesses that will be allowed to reopen when Ottawa enters Stage 3 of Ontario's reopening framework on Friday.

However, seeing a show won't be the same as it used to be. There are strict limits on the number of people allowed inside buildings.

Stage 3 allows for a maximum of 50 people indoors, who must physically distance. If the show is outdoors, up to 100 people are allowed to gather.

The limits on gatherings apply to all venue sizes, regardless of how many theatres or stages they have.

Performers are also required to physically distance except when necessary for the purpose of the show.

Gladstone Theatre manager Don Fex is getting ready for Friday.

"I think everybody around the building and who is connected with the building is just super excited to get back to work," he said. "Not being able to do this for as long as we have is definitely taking a toll on us."

The Mayfair Theatre survived the shut down by selling naming rights to their seats.

"For a donation you could buy your name on a seat," said co-owner Josh Stafford. "Whether it was for a name, a business, for a dog. I genuinely thought we’d sell, oh we’ll sell 10 or 20 at a 150 bucks apiece and we’ll make a couple hundred dollars. We sold everything."

Getting ready for Friday is a tight turnaround, Stafford said.

Bruce White, the owner of the ByTowne Cinema told Newstalk 580 CFRA's "Ottawa Now with Kristy Cameron" they likely won't be open until the following weekend.

"We're fairly excited but we're also tearing our hair out with all of the last-minute details," he told guest host Graham Richardson. "[Friday] is a little too fast for us. We've got to get in touch with staff; we've got signage that we need to make. We were a little reluctant to do all of our preparations until we knew some of the details."

White says he expects to be able to open on July 24, rather than this Friday.

However, he says he's unhappy the limit on the number of audience members.

"In the long run, it's unsustainable," he said. "We're in a business where some nights you get 15 people and you're tearing your hair out and other nights you get 420 and the averages help over the long run. When you cap it at 50, you don't have the big successes that can sometimes pave over other problems."

Still, being able to open, even with limits, is helpful.

"In the short-term, we want the people who love going to the movies to be able to go to the movies," White said.

The National Arts Centre's most recent update said performances and events would be cancelled until August 31.

"This decision is the right thing to do to keep our community safe and healthy. Our audience expects nothing less of us," the NAC said on its website.

In a statement to CTV News, movie theatre giant Cineplex said they could not guarantee they would be reopening right away.

"The news is certainly welcome by the team here at Cineplex," the company said. "That said, we are still reviewing what's being proposed in Ontario so I can't confirm what it will mean for our cinemas across the province just yet. While we are certainly excited for the day our operations can resume, our top priority has always been the health and safety of our employees and guests and ensuring that their time with us is safe, comfortable and welcoming."