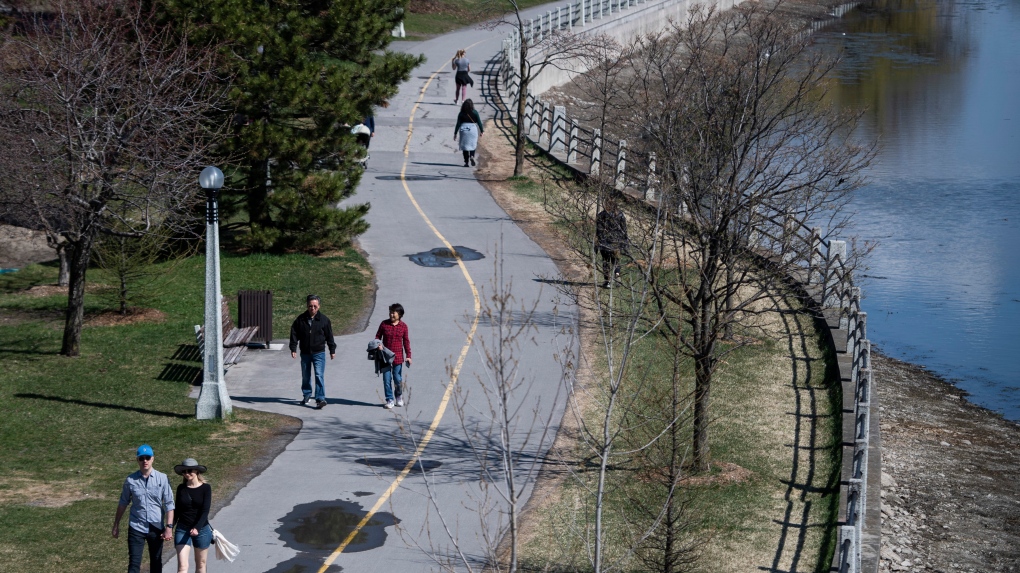 People walking along the Rideau Canal Western Pathway in the midst of the COVID-19 pandemic, in Ottawa on Sunday, May 3, 2020. THE CANADIAN PRESS/Justin Tang

Ottawa ranks first in Canada and sixth in the world for best work-life balance, thanks to high scores for city livability, including outdoor spaces, air quality and wellness and fitness.

American access control system developer Kisi has released a survey looking at 50 cities with the best work-life balance in 2021. Kisi compared data on work intensity, institutional support, legislation and livability in 50 cities around the world.

"The resulting index shows how cities rank against their pre-pandemic statuses, painting a picture of how COVID-19 has changed and continues to affect people’s work-life balance in major cities around the world," says the report by Kisi.

"This study is not designed to be a city livability index, nor is it intended to highlight the best cities to work in; instead, it is an indicator of a city's ability to provide a healthy work-life balance for its residents, while providing opportunities to relieve work-related stress during and outside times of crisis."

Ottawa ranked the top city in Canada and sixth in the world for work-life balance.   Vancouver ranked eighth out of 50 cities around the world, Calgary placed 13th and Toronto was ranked 14th.

Under the city livability category, Ottawa ranked first for air quality, second for outdoor spaces and sixth for wellness and fitness. Ottawa also ranked in the top 10 for cities in COVID-19 support and health care.

According to the Kisi survey, 38 per cent of Ottawa's jobs are remote jobs, while residents take an average of 15 vacation days.

Helsinki placed first in the world for best work-life balance, followed by Oslo and Zurich.

Ottawa ranked 11th in the 2019 survey, while Vancouver was ranked 10th.