OTTAWA -- Warmer weather continues to transition the capital towards summer, marking an end to the skating season on the Rideau Canal and leaving some wondering about the city’s many summer festivals.

"I wouldn’t be surprised to see a comfortable family barbecue on Canada Day," Deonandan said.

The associate professor at the University of Ottawa says the summer of 2021 should be an improvement on our first COVID-19 summer.

"Much like last summer when we saw almost normality. If people could cast their minds back; we had barbecues and we saw our friends at a distance, but things were comfortable to some extent. It will be better than that," Deonandan added.

So what does that mean for Bluesfest, Canada Day, or any of the multitude of cultural events the city usually plays host to in the warmer months?

"I think that everyone is longing for the day when we will be in a large field listening to some great music and enjoying some wonderful entertainers but I think at this point, as far as summer is concerned, it’s just a little too early to tell," Carol Anne Piccinin, executive director of Ottawa Festivals says.

Piccinin says organizers are planning for a number of eventualities, although at this stage, it’s hard to be certain which plans will come to fruition.

"We know that festivals have multiple event scenarios that they’re working with currently. We know that some of them are thinking about potentially coming out with a smaller event this year. But for the most part we are going to see great digital events," she said. 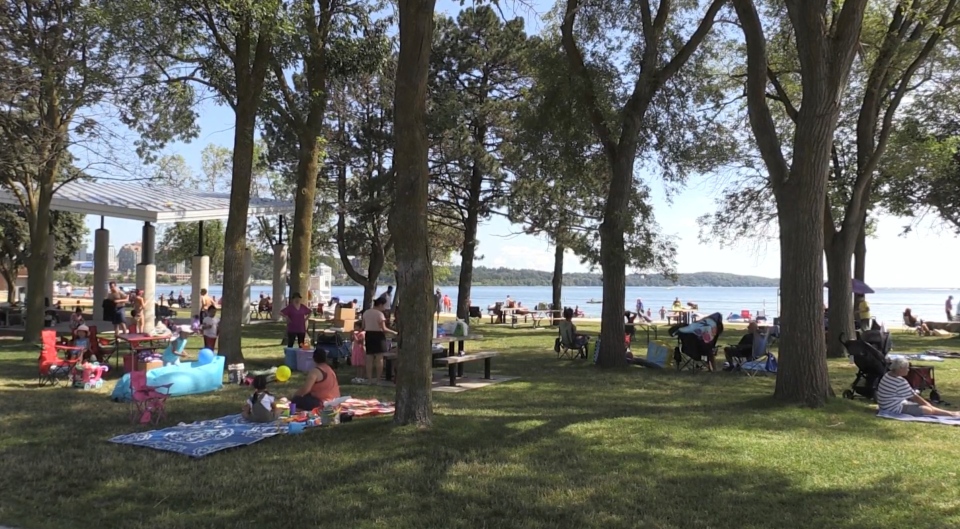 Deonandan doesn’t expect the summer to bring relief to the sidelined festival industry. He says the large public gatherings necessary for the events to take place will likely be one of the last public health restrictions to be lifted.

"Large concerts? They’re not coming back for another year or so at the earliest," Deonandan says.

So what does that leave? According to Deonandan, plenty.

"Barbecues easily. Indoor parties, unlikely, but dinner parties capped at 10-15 people? I can see that happening later in the summer depending on what the statistics look like," he noted.

Ali Shafaee is the Director of DNA Live. He’s worked on a number of major festival and events and says the approval of the AstraZeneca vaccine is reason for hope.

"I think that a lot can change over the days and the months and over time, and we’ve seen that over the past year, so I think there’s a little bit of sense of optimism that we’ll have some sort of normalcy coming into the summer; albeit not a completely normal one," Shafaee said.

One of the factors working in favour of festivals may be the lack of them.

"Everybody is in the same boat; whether it’s the stage company, or the artist, or the food vendor. Everyone is in the same situation, so when you do try to finally put an event together, whether it’s 500, 5,000, or 50,000 everyone will work together to try and make it work," Shafaee added.

Even with optimism and cooperation, Deonandan says it all comes down to public health. Specifically a combination of vaccination progress, continued masking and physical distancing, and people following the health guidelines in place.

"We have a variety of tools that in coordination can get us too normal. They all have to fire, all these cylinders have to fire," Deonandan said.

Shafaee hopes it means the festival industry could have a better idea of what’s to come later this spring.

"For us to look at where we’re going to be at for summer or fall or winter 2021, it’s probably more let’s have that conversation in April," he said.

CTV News Ottawa did request comment from Ottawa Bluesfest and Heritage Canada for this story regarding plans for both Bluesfest and Canada Day in 2021, however they declined to comment.