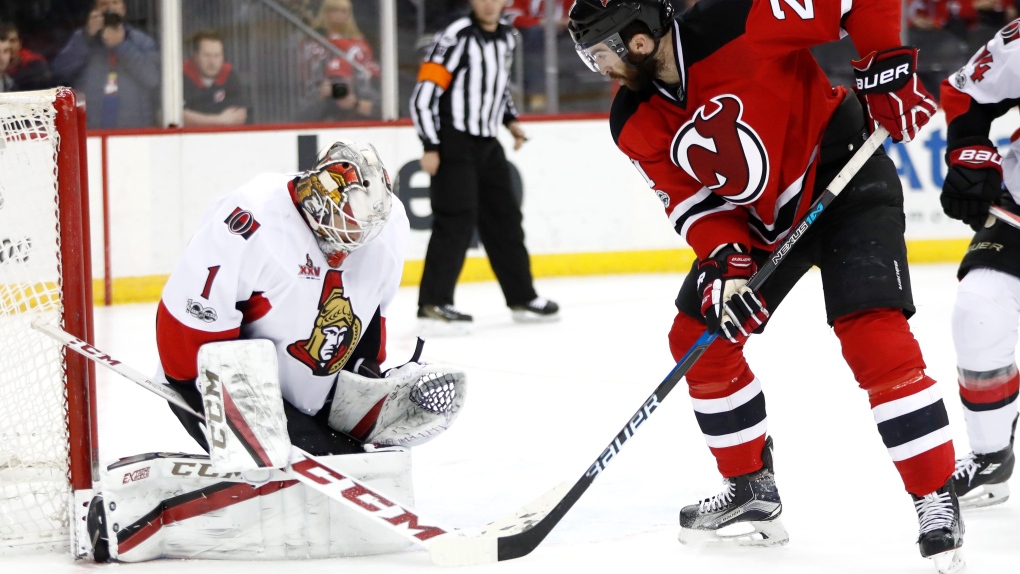 OTTAWA -- The Ottawa Senators have signed goaltender Mike Condon to a three-year contract extension worth an average annual value of US$2.4 million per season.

Condon, 27, was acquired from the Pittsburgh Penguins in exchange for the team's fifth-round draft pick in 2017 on Nov. 2. He went on to play valuable minutes in relief of regular starter Craig Anderson, who periodically took time off to be with his wife Nicholle as she fought cancer.

The native of Holliston, Mass., played in a franchise-high 27 consecutive games between Dec. 1 and Feb. 4 and became the fastest goaltender in franchise history to record five shutouts, doing so in his 32nd game.

Condon and Anderson became the first goaltending tandem in franchise history to record at least five shutouts each in one season while matching the franchise best 10 overall shutouts that was established in 2001-02.

Undrafted, the six-foot-two, 197-pound Condon was originally signed to a two-year contract by the Montreal Canadiens on May 8, 2013, after concluding his final season of collegiate eligibility with the NCAA's Princeton Tigers.

In 55 games with Montreal, including 51 starts, Condon earned a record of 21-25-6 with a .903 save percentage and a 2.71 goals-against average. He was claimed by the Penguins on waivers in October 2016 before being acquired by the Senators.