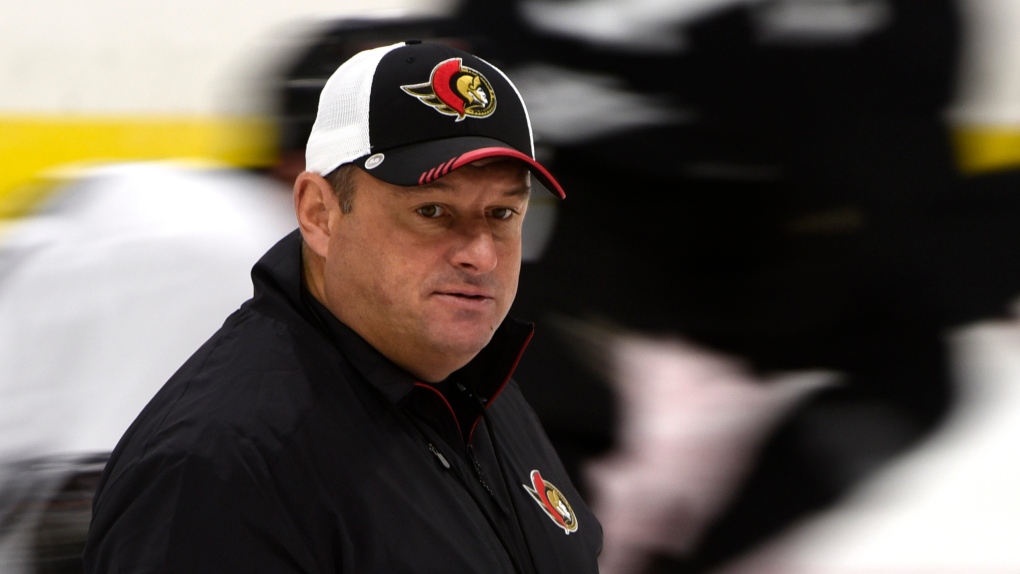 The Ottawa Senators have placed head coach D.J. Smith in the NHL's COVID-19 protocol, along with goalie Filip Gustavsson and four others.

The Senators made the announcement late Tuesday afternoon.

In addition to Smith and Gustavsson, video coach Mike King and three members of the team's support staff were also included. Assistant coach Davis Payne was placed in the COVID-19 protocol on Monday.

The team said Monday that practices would be suspended until after the NHL's Christmas break. Two home games involving American teams slated for this week were postponed due to the NHL's pause on cross-border travel, while Sunday's game was postponed because of COVID-19 cases with the Boston Bruins.

Last month, three Ottawa Senators games were postponed as COVID-19 swept through the locker room, placing 10 players and a coach in the protocol.