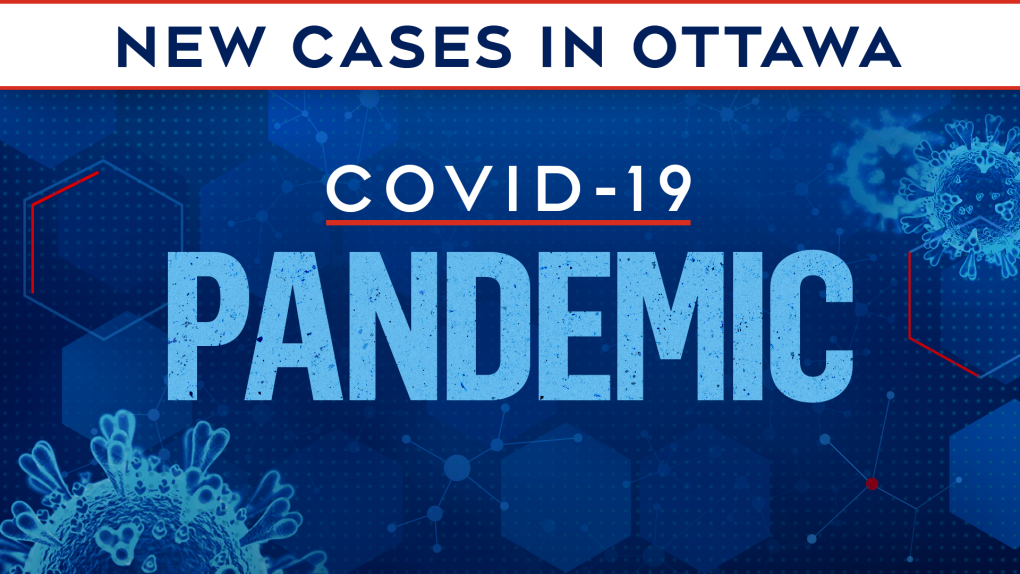 OTTAWA -- Ottawa Public Health is reporting its lowest number of new COVID-19 cases in a week.

In its COVID-19 dashboard update on Tuesday, OPH reported 13 more people in Ottawa have tested positive for COVID-19 and one more person has died. The last time numbers were below 20 was on Dec. 8, when 18 new cases were reported.

This comes amid changes to data extraction methods at the provincial level that gave Ottawa a negative case count on Tuesday.

Health Minister Christine Elliott said the province made the change Tuesday, which led to an increase in the number of cases reported across Ontario.

Speaking on Newstalk 580 CFRA's "Ottawa at Work with Leslie Roberts", Elliott said the numbers are still concerning, despite the data adjustment.

"One of the issues relating to the numbers today is that there were two areas that just signed on to our new digital system and there was just a bit of a reorganization and we ended up having two-and-a-half extra hours for the numbers to be counted, so that's one explanation for the higher numbres," Elliott said. "Notwithstanding that, we're still watching it very carefully in a number of parts of Ontario."

However, Ottawa's figure fell by nine cases in Ontario's report. On Monday, Public Health Ontario said its total case count in Ottawa was 9,111 since the pandemic began. The province now says there have been 9,102 total COVID-19 cases.

Elliott said the provincial figure for Ottawa will be adjusted.

"We will have a better idea, I think, tomorrow of where the numbers actually are," she said.

OPH told CTV News by email late last week that a realignment of databases was underway, which was leading to data discrepancies between local and provincial health authorities.

"In an effort to streamline efforts and align various data sources, Ottawa Public Health (OPH) is aligning its database with the provincial database, and as can be expected, there is a transition period as redundant cases are removed and individuals are properly assigned to their jurisdictions outside Ottawa (if applicable)," OPH said. "Given several factors, it is often the case that reported numbers from public health units do not match provincial data during a specific snapshot in time. This is mainly due to time lag."

According to OPH, there have been 9,118 total laboratory-confirmed cases of COVID-10 in the city since the pandemic began.

Ottawa remains in the "Orange-Restrict" level under the provincial reopening framework. Ottawa moved into the restriction level on Nov. 7.

Here is where Ottawa stands on those metrics currently:

The "Yellow-Protect" level requires a weekly rate of new cases per 100,000 people of between 10 and 24.9, a positivity rate between 0.5 per cent and 1.2 per cent and a reproduction number of "approximately 1", according to the province.

ACTIVE CASES OF COVID-19 IN OTTAWA

OPH says there are 364 people with active infections, down from 388 in Monday's report.

The number of active cases is the number of total lab-confirmed cases minus the numbers of resolved cases and deaths. A case is considered resolved 14 days after known symptom onset or positive test result.

The number of people in Ottawa hospitals with COVID-19 complications fell held steady at 23 on Tuesday, however one child under the age of 10 has been admitted to hospital with COVID-19.

There are two people in intensive care.

CASES OF COVID-19 BY AGE CATEGORY

Here is a breakdown of all known COVID-19 cases in Ottawa by age category:

The number of COVID-19 tests performed in Ontario on Monday was low compared to previous days at 39,566. Public Health Ontario says 45,770 COVID-19 tests are under investigation.

The Ottawa COVID-19 Testing Taskforce says 1,933 swabs were taken at assessment centres in the city on Monday and local labs performed 2,428 tests. There are 2,197 tests still in progress as of Tuesday.

The taskforce said the average turnaround from the time the swab is taken at a testing site to the result is 23 hours.

COVID-19 CASES AROUND THE REGION

Quebec health officials reported 34 new cases of COVID-19 in the Outaouais region, which includes Gatineau. On Monday, the local public health unit for the Outaouais announced that two more parts of the region would be moving into Quebec's highest COVID-19 alert level on Thursday.

No new outbreaks were declared on Tuesday and no active outbreaks ended.

There are three active community outbreaks, all linked to unidentified workplaces.

The schools and childcare spaces currently experiencing outbreaks are:

Under provincial guidelines, a COVID-19 outbreak in a school is defined as two or more lab-confirmed COVID-19 cases in students and/or staff in a school with an epidemiological link, within a 14-day period, where at least one case could have reasonably acquired their infection in the school (including transportation and before or after school care).