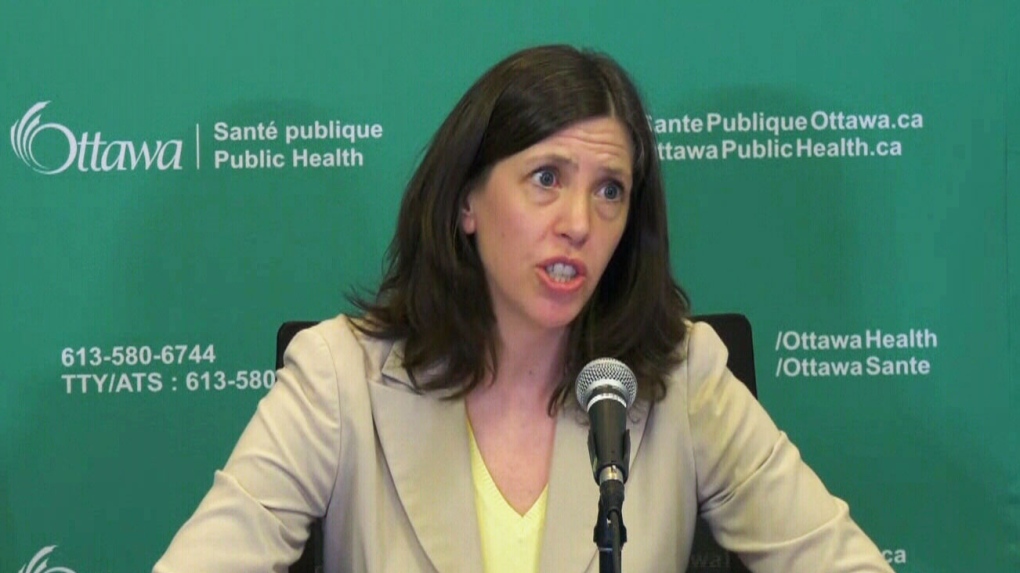 OTTAWA -- Ottawa's medical officer of health says she has received some "pretty ugly emails" during the COVID-19 pandemic, but it hasn't reached a point where she think she's in danger.

British Columbia health officer Dr. Bonnie Henry says she has received death threats in her role as a public figure during the COVID-19 pandemic. Henry told the annual convention of the Union of B.C. Municipalities that she's had to have security in her home.

Speaking with reporters on Wednesday afternoon, Dr. Vera Etches said, "I've had some pretty ugly emails, but I can handle that in terms of they haven't been death threats."

"I haven’t been watching everything that’s happening on Twitter, because I think there are some things that have had to be blocked. My team is making sure that that doesn’t come through."

Dr. Etches has been the public face of the City of Ottawa's response to the COVID-19 pandemic, speaking with reporters and media outlets several times a week.

"I do want to recognize everyone's suffering from the pandemic. Of course, people are frustrated, it's understandable," said the medical officer of health while expanding on the emails she has received during the pandemic.

"People have been harmed by losing their jobs, losing their businesses, so those are not small impacts. It is very serious, so I understand why people would be frustrated. Things haven’t reached a situation where I think I’m in danger.”

"The ones that are attacking Dr. Etches and her professional advice are completely unwarranted," said Watson.

"I get lots of tweets and emails and so on attacking me for policy or something I've said or done. Obviously, that kind of behaviour can't be tolerated. We can't have this situation where our medical officers of health, who we rely on to guide us through these challenging times, feel for their public safety."

Watson said people should be thanking medical officers of health for their efforts, not threatening them for their work.

"I know that this is a stressful time and people are angry, and I appreciate that. You know, they’re looking for someone to blame or to express that anger, and I think it’s important to hear from people who are negatively impacted," said Etches.

"I take in that information and I think about how we can better support people with our social services, with economic recovery. I’m focused on trying to make sure we manage through this pandemic so people can get back on their feet. What I see in Ottawa is the vast majority of people are supporting each other, and that’s what I want to focus on. People are really caring for one another, supporting each other, and that’s how we’ll get through this."