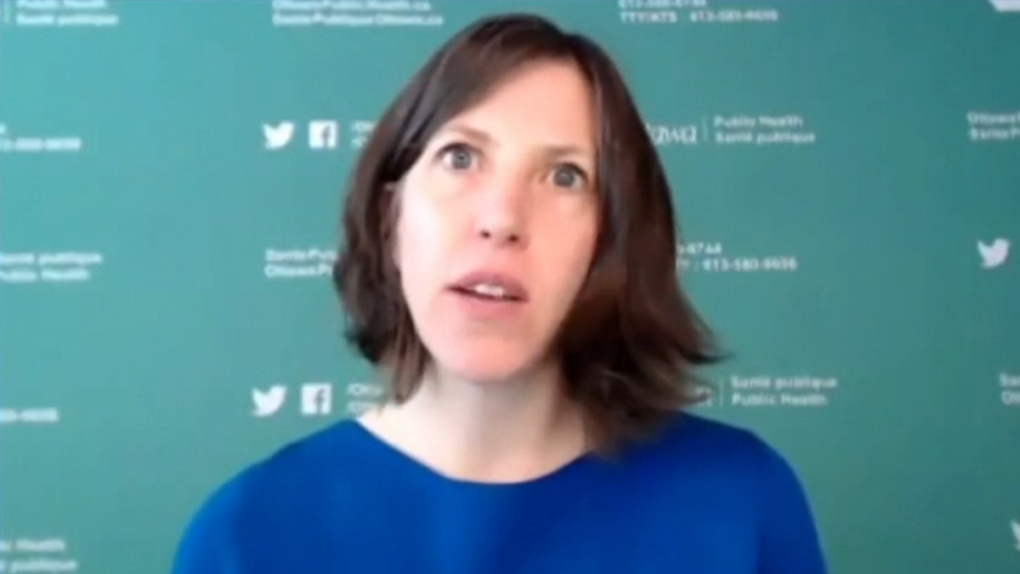 Dr. Vera Etches speaks at a news conference following Ontario's declaration of a state of emergency and new stay-at-home order on Tuesday, Jan. 12, 2021.

OTTAWA -- Ottawa's top doctor earned $110,000 more in 2020 than she did the previous year, as she became the public face of the local response to the COVID-19 pandemic.

However, the salary bump was due to a retroactive pay settlement from the Ontario Medical Association, not because of overtime worked during the pandemic.

The Ontario government released the so-called ‘sunshine list’ for 2020 Friday afternoon, which shows the compensation for all public sector employees who were paid $100,000 or more.

The city of Ottawa says the $110,000 salary increase to Dr. Etches is due to a one-time payment based on a settlement from negotiations with the Ontario Medical Association.

“Dr. Etches, the medical officer of health, salary was adjusted by the province (inclusive of three years of retroactive payments) resulting in the earnings reported on the Public Service Salary Disclosure," said Human Resources director Elizabeth Marland in a statement to CTV News Ottawa.

"The province established funding provisions to ensure that Medical Officer of Health salary levels are competitive with other physician specialists and to improve the ability for organizations to attract and retain qualified employees. Recent adjustments were as a result of Ontario Medical Association negotiations."

The city of Ottawa says there were no overtime payments to Dr. Etches for her work in 2020.

Etches and her two associate medical officers of health were three of the five highest paid civil servants at Ottawa city hall.

MORE THAN 4,800 CITY OF OTTAWA EMPLOYEES ON THE SUNSHINE LIST

The city of Ottawa says 4,858 city of Ottawa employees are on the sunshine list, which includes city, Ottawa Public Library and Ottawa Police Service. That's an increase of 214 employees from 2019.

"It should be noted that there were 27 pay periods in 2020; in a typical year there are 26. A year with 27 pay periods occurs once every 11 years. The additional two-week pay caused some earnings to increase beyond $100,000," said a memo to Council from Elizabeth Marland, director of Human Resources Services.