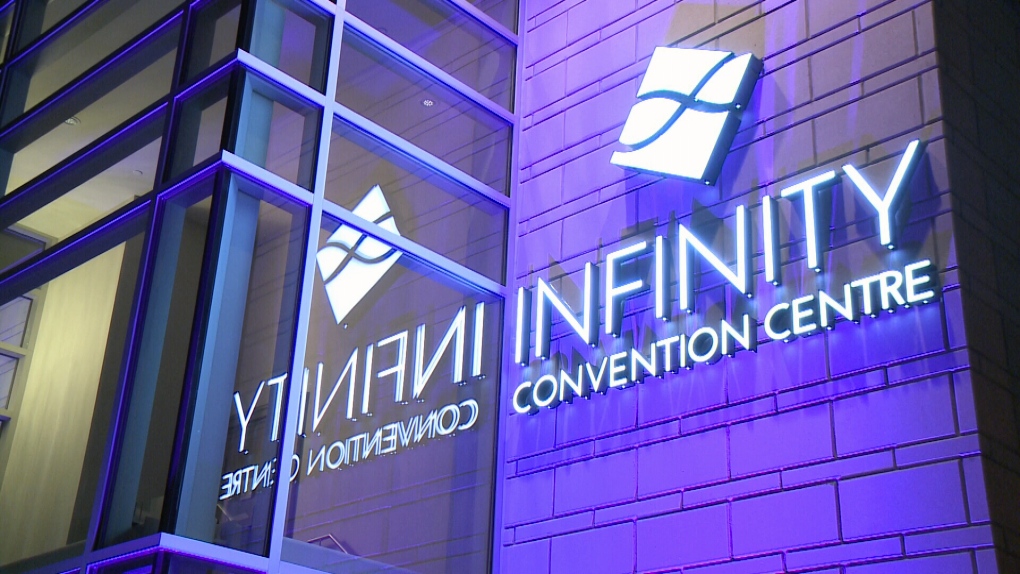 It was a glamourous red carpet gala the likes of which Ottawa rarely sees.

700 V.I.P. guests dressed in black tie and gowns, including many well-known faces from the worlds of business, politics, and entertainment.

“This is top shelf. This is white glove,” commented the evening’s emcee, CTV’s Your Morning host, Ben Mulroney.

And it was all for the opening of a building.

Ottawa’s newest event facility, the Infinity Convention Centre, officially opened in style. The $20-million building is located on Gibford Drive near the Ottawa Airport in the city’s south end.

It is described as a luxury event centre, so the owners wanted to stage a luxurious event to mark its official debut.

“We wanted to showcase what you could do with this space, that you can get transported anywhere,” says Anu Sohal of the centre’s ownership group, the Ottawa-based Sohal and Aggerwal families. “This could easily turn over tomorrow and we could have a full conference space.”

The centrepiece is a 15,000 square foot Grand Ballroom, designed to accommodate seating for up to 1,200 people.

Some say the new event centre couldn’t come at a better time. “We need these kinds of spaces because the city’s tourism industry is really going to explode next year as we celebrate Canada’s 150th” says Ottawa Mayor, Jim Watson.

The economic impact won’t hurt either, especially in Ottawa’s growing south end. The centre is expected to create 500 new jobs.