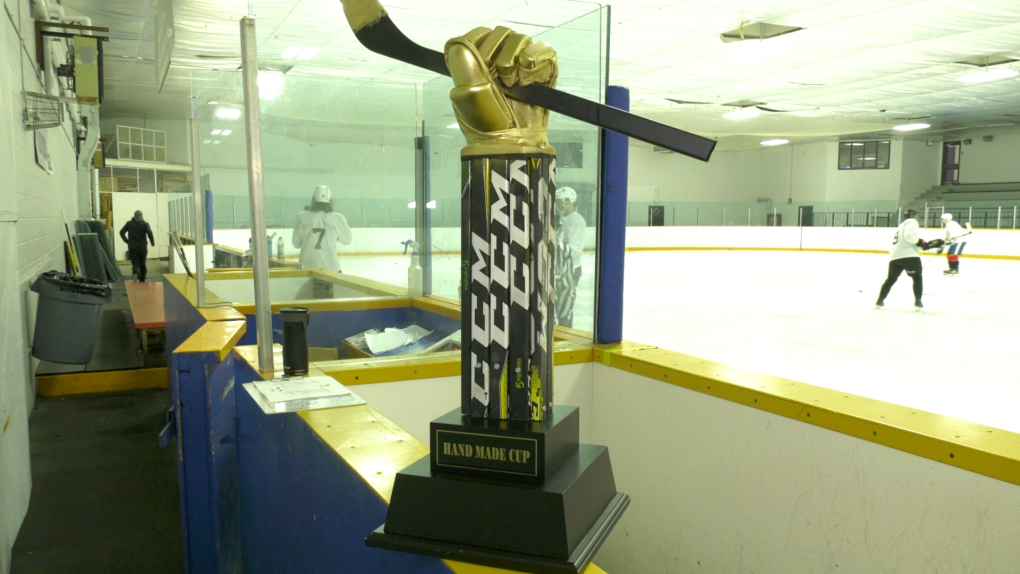 The Hand Made Hockey League's trophy, the Hand Made Cup, was, fittingly, made by hand by Hand. (Shaun Vardon / CTV News Ottawa)

OTTAWA -- Something Ottawa has been missing is a group of hockey players on the ice, testing their skills and having a good time. With rising concerns about the spread of COVID-19 between players, hockey leagues across the city have been temporarily shut down.

That's why Ryan Hand, a former professional player turned trainer and coach, found a way to get the game going again safely. He created the Hand Made Hockey League, a skills camp attracting local players from several leagues including the NHL, the Ontario Hockey League (OHL), the American Hockey League (AHL), and the ECHL. The rules in this hockey league that keep players safe are simple: no face-offs, no contact, and no stoppages; just fast-paced, skills-centred hockey. 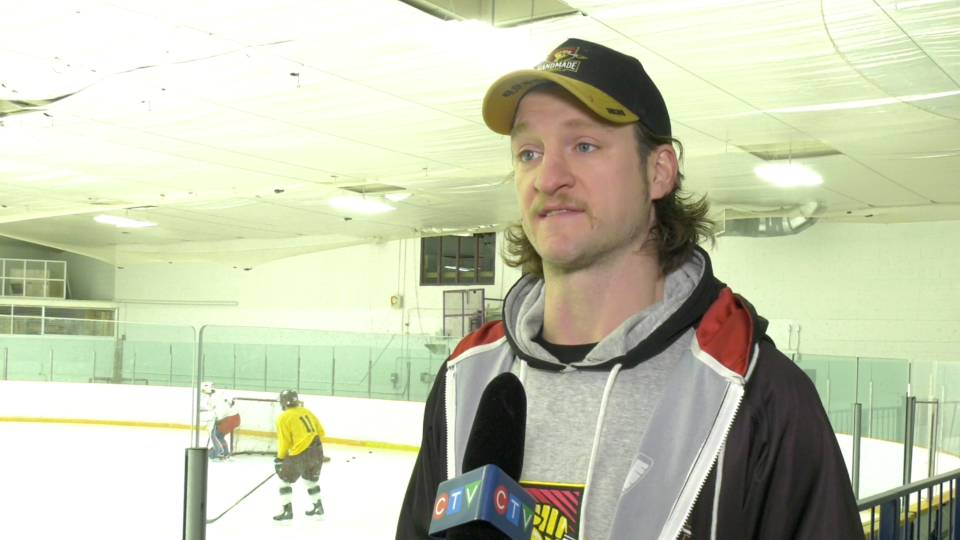 “I was working with a bunch of players in the OHL and pro ranks when the OHL season got delayed,” Hand said. “A few guys reached out to me to see if I could do something.”

Hand says operating a camp in a pandemic came with challenges. Government-imposed restrictions meant a limit to the size and number of teams. Insurance costs were higher and, when there was a COVID-19 outbreak in the west end, there was a three-week shutdown.

Mason McTavish, a centre with the Peterborough Petes who has a good shot at making it to the NHL, is grateful for the opportunity to play with NHLers like Slater Koekkoek, who has played in Tampa Bay and with the Chicago Blackhawks.

“It’s a good way to keep the pace up, lots of good players, you can always pick up little things that they do that got them to where they are,” McTavish said. “You just need to keep working as hard as you can. You are just trying to get noticed and, if everything goes well and you work hard, that’s really all you can do.”

Koekkoek says having this opportunity is invaluable in keeping his skills up while waiting for the NHL season to begin.

“It’s huge. You can go on the ice all you want and work on your stick handling, some one-on-one sessions,” Koekkoek said, “but when it comes to some healthy competition, it’s pretty hard to find.”

Hand, who built the tournament trophy himself, plans to do this again next year. He also has plans for a large tournament with 32 teams for Canada Day weekend 2021, COVID permitting.

Hand says, “When everybody talks about COVID and remembers the bad times, I want to be remembered as someone who truly helped out.”

You can find more information at http://www.handmadehockey.ca

A previous version of this article referred to the ECHL as the "East Coast Hockey League" due to a mistake by the editor. That was the league's former name. The league now refers to itself as the ECHL.