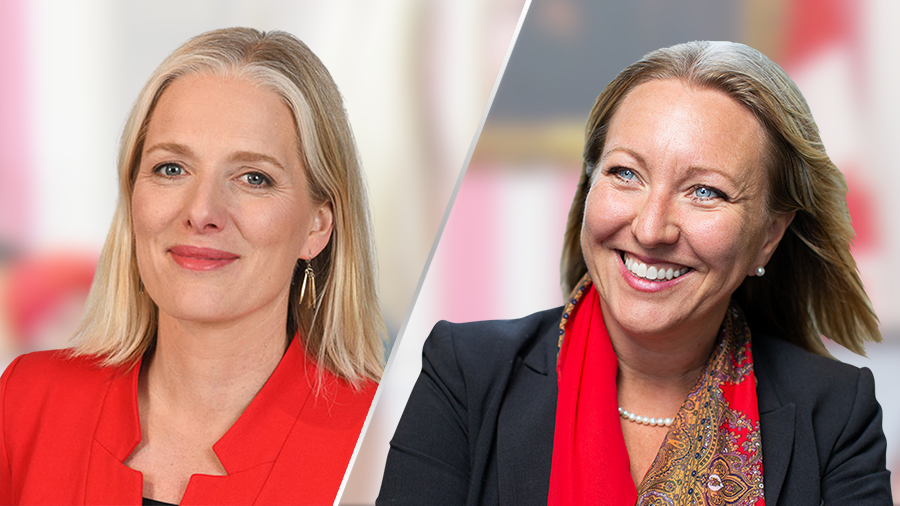 McKenna is out at Environment and is now responsible for a new portfolio called Infrastructure and Communities.

McKenna, the MP for Ottawa-Centre, led the charge against climate change in the Trudeau government's first mandate.

She also became a lightning rod for crtitics of the Trudeau government because of new federal environment laws which call for tougher new restrictions on pipelines.

Congratulations @cathmckenna on your new cabinet role as minister of infrastructure! You have been an amazing partner for our city! Flora Footbridge; Innovation Centre; Ottawa Art Gallery; phase 2 LRT ; doubling the gas tax to help with transit and sidewalks and roads ! Bravo!

For many political observers, one of the big suprises in the new cabinet is Mona Fortier, the MP for Ottawa-Vanier.

Fortier is now the Minister of Middle Class Prosperity. She will also serve as Associate Minister of Finance.

McKenna is known to flex her political power in the capital region on issues ranging from the National Capital Commission to the new Civic Hospital campus.

Officially, the Minister responsible for the NCC has now moved from Heritage to Public Services Procurement Canada.

That Ministry will be held by rookie Toronto MP Anita Anand.