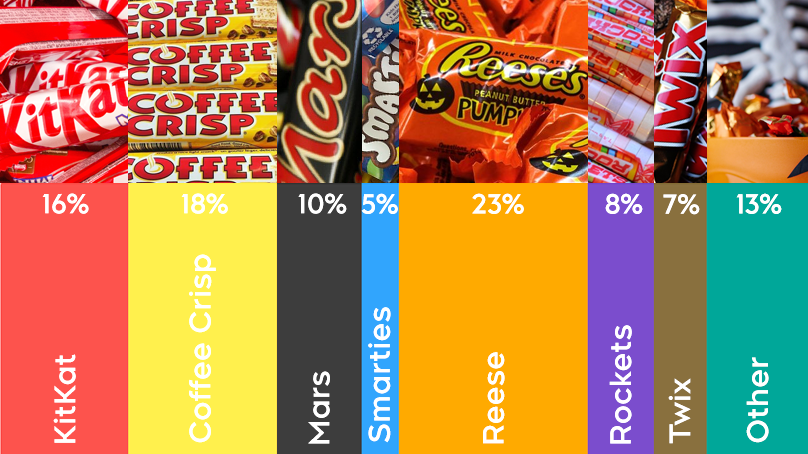 OTTAWA - Ottawa has spoken, and the results are in.

We set out to figure out the capital's preferred Halloween candy, in an effort to settle a heated debate that has lasted as long as the holiday itself.

The voting period has closed, and the winner is...(drumroll please)...

Reese's topped the list, with 23 per cent of poll respondents choosing it as their favourite Halloween treat.

Coffee Crisp came in second at 18 per cent, with Kit Kat right behind at 16 per cent.

Thirteen per cent of respondents chose the 'Other' response, with Rockets (8 per cent), Twix (7 per cent) and Smarties (5 per cent) rounding out the list.

Turns out Ottawans are in line with a recent poll by Monmouth University in New Jersey. It found that for Americans, Reese's Peanut Butter Cups top the list, with more than 36 per cent ranking it as their favourite treat.

According to a survey by Field Agent, most households in Canada hand out three treats per child.

The most popular candy includes Kit Kat, Coffee Crisp and Smarties which are all peanut free.

You can see the full results of the vote below. 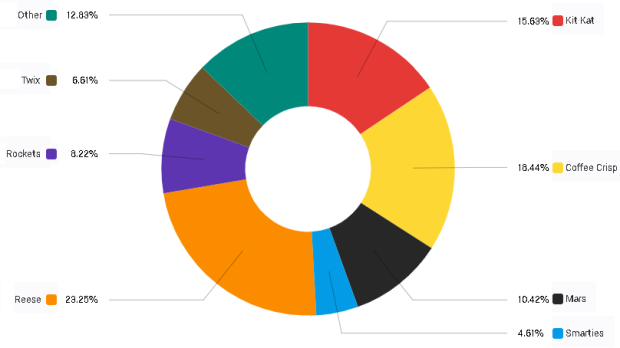