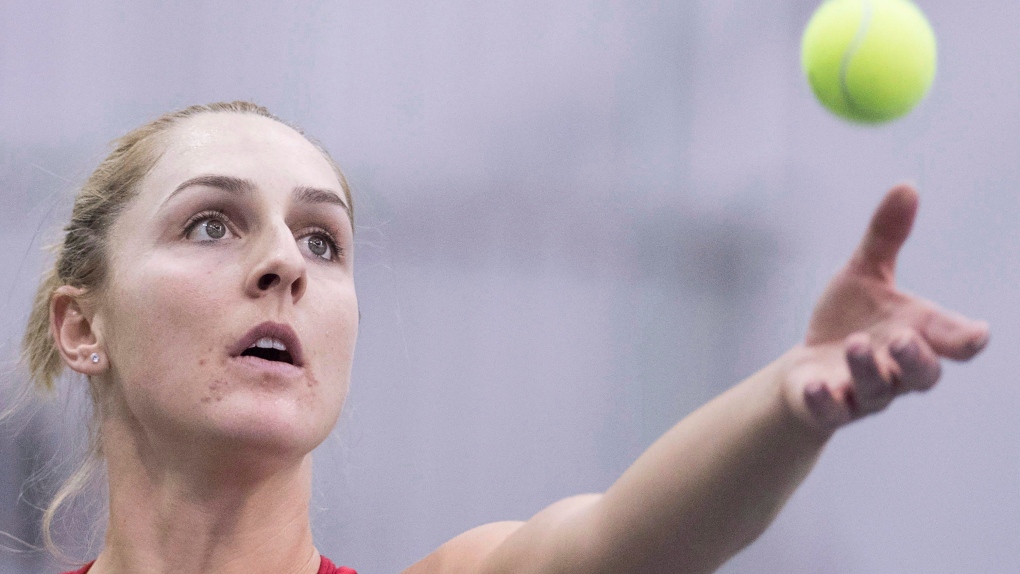 FILE - Gabriela Dabrowski of Canada serves during her match against Kateryna Bondarenko of Ukraine at the Fed Cup tennis tournament in Montreal, Sunday, April 22, 2018. (THE CANADIAN PRESS / Graham Hughes)

WIMBLEDON, England — Ottawa's Gabriela Dabrowski and Xu Yifan of China advanced to the Wimbledon women mixed doubles with a 6-1, 3-6, 6-3 win over defending champions Barbora Krejcikova and Katerina Siniakova on Friday.

The fourth-seeded team of Dabrowski and Xu will face either No. 1 seeds Timea Babos and Kristina Mladenovic or No. 3 seeds Hsieh Su-Wei and Barbora Strycova in Saturday's final.

It will be the first women's doubles appearance in a Grand Slam final for Dabrowski and Xu. Dabrowski has won two Grand Slam titles in mixed doubles.

Dabrowski and Xu dominated the first set before the second-seeded Czech tandem of Krejcikova and Siniakova rallied in the second. The Czechs converted their third set point at 5-3 after a Siniakova volley forced a long error by Dabrowski.

Dabrowski and Xu got off to a strong start in the third set, then overcame three break points to take a 4-1 lead. The duo then held serve and won on the third match point.