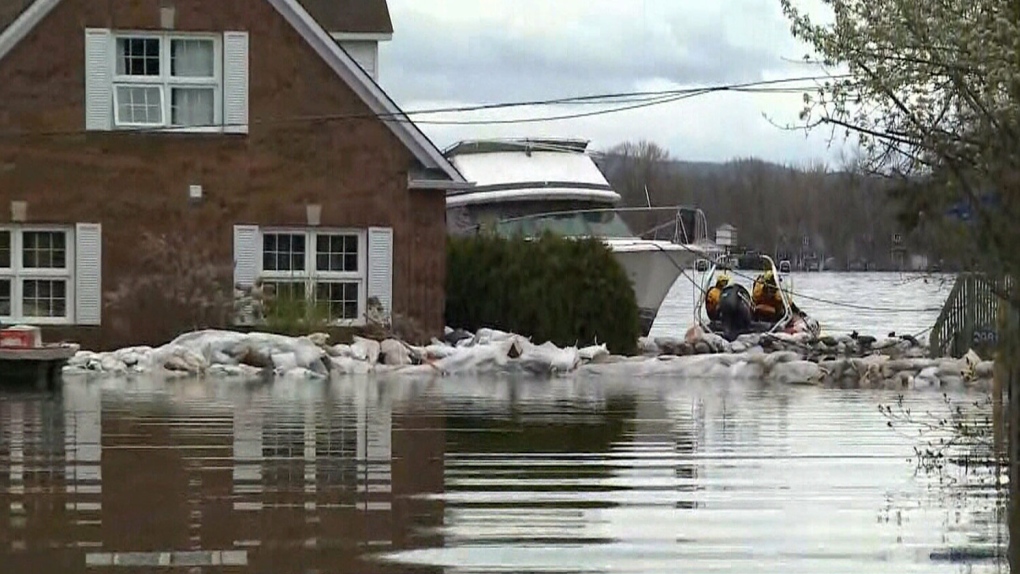 OTTAWA -- The record setting flooding along the Ottawa River has been named Canada’s top weather story of 2019.

Environment Canada has released its top 10 weather stories for the year.

The weather agency says this year’s flooding along the Ottawa River “was bigger than the 2017 event that was then considered the flood of the century.” On May 1, the Ottawa River crested 30 cm above 2017’s peak flood levels.

Ottawa Mayor Jim Watson declared a State of Emergency on April 25. It was lifted on June 12.

Flooding forced evacuations along the Ottawa River in eastern Ontario and western Quebec for the second time in three years. Several communities experienced flooding, including Constance Bay, Fitzroy Harbour, Arnprior, Pembroke, Gatineau and Pontiac. The Canadian military was deployed to Ottawa, Gatineau and across the Ottawa Valley to help with flood relief efforts.

Environment Canada says “everything about this year’s flood, including its size and duration, was unprecedented.”

The weather agency writes “all the weather ingredients were in place for a catastrophic event,” noting seven straight months of below-normal temperatures ensured the ground froze deeply and thawed late. Along with snowfall accumulation 50% greater than normal, heavy rains persisted over a five-week period from mid-April to mid-May.