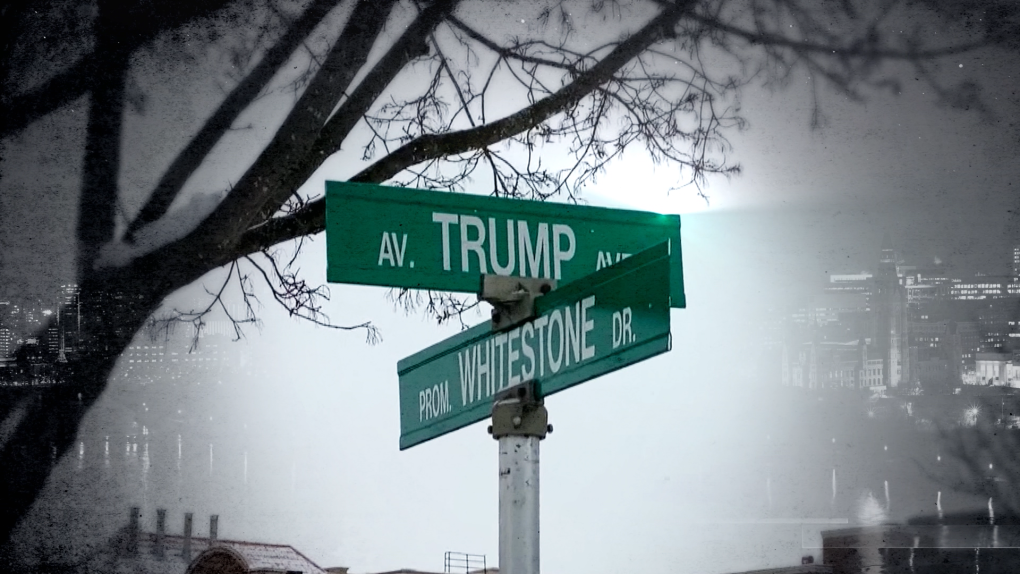 OTTAWA -- It appears Donald Trump still has a home in Canada's capital, even if he has departed Washington, D.C.

Earlier this year, residents on Trump Avenue, in Ottawa's Central Park neighbourhood, put the possibility of changing the name of their street to a vote following the former president's tumultuous time in office.

The neighbourhood has several streets named after icons of New York City and Trump was a famous real estate mogul before he was elected.

In order to change the name of a street, the city requires 50 per cent plus one of all households on that street to be in favour.

There are 62 houses on Trump Avenue, meaning at least 32 households would have had to vote to change the name.

The city councillor for the area, Riley Brockington, said Wednesday that 42 households voted and the neighbourhood was divided, 21 to 21.

Without the required margin to enact the change, Brockington says the matter will not proceed any further.