Eighty-nine year old Viola Turner has been running for 40 years.

"I don’t have aches and pains. My knees are good. My back is good," says Turner. "I’m able to put one step ahead of the other. And I don’t consider age when I do that."

She has been participating in Tamarack Ottawa Race Weekend every year since 2005 and this year is no different. 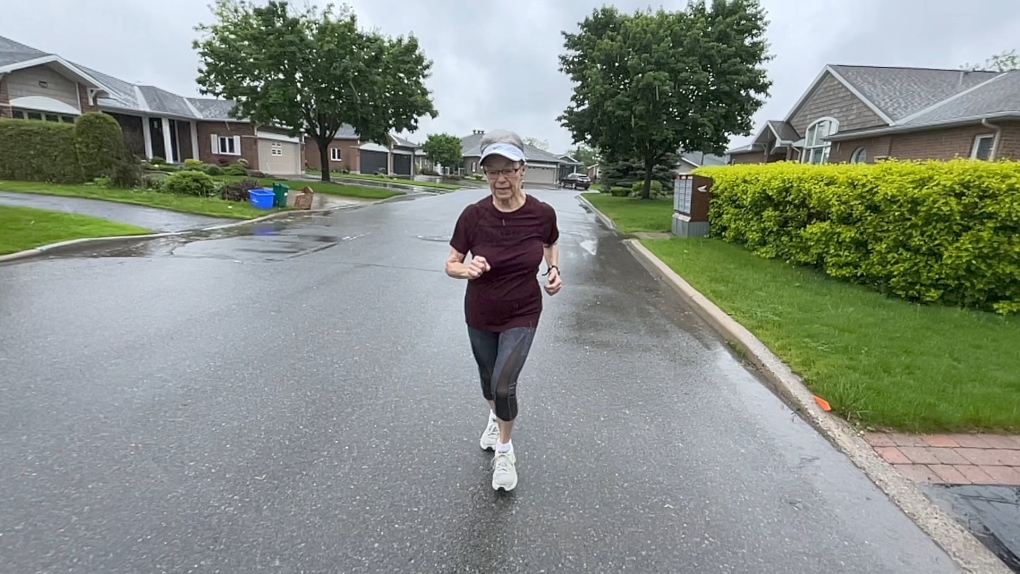 She’ll be one of 25,000  participants competing in multiple races Saturday and Sunday. It's the Ottawa Race Weekend’s first in-person event since the pandemic

"You know, I think it's such a positive thing for the city," says race director Ian Fraser. "And we are so pleased to be back in-person."

At age 95, Rejeanne Fairhead is this year's oldest participant, and it just happens to be her first race she’s ever competed in.

"When they found out I was 95, everything turned upside down," says Fairhead

Her secret is no secret at all. A healthy diet and exercise keep her feeling young.

She will be walking the 5k and raising money for the Perley Health Foundation where she volunteers a few days a week.

Some of her family members will be participating in the walk with her, including her daughter in-law Ruth McMahon.

"It’s unbelievable to other people,” says McMahon. “But we know Rej. She is an inspiration to everybody in the family."

But it's not just any race for Fairhead, when she crosses the finish line she will be making Canadian history, regardless of her time.

"Pretty much if she finishes the run, she’s got the record for women 95 years and older," says McMahon.

Two inspirational women showing everyone that it’s never too late to take on a new challenge.

"I also want to show the seniors that age is just a number," says Fairhead. "So just go out there and do something. Don’t just sit in your room and watch TV." 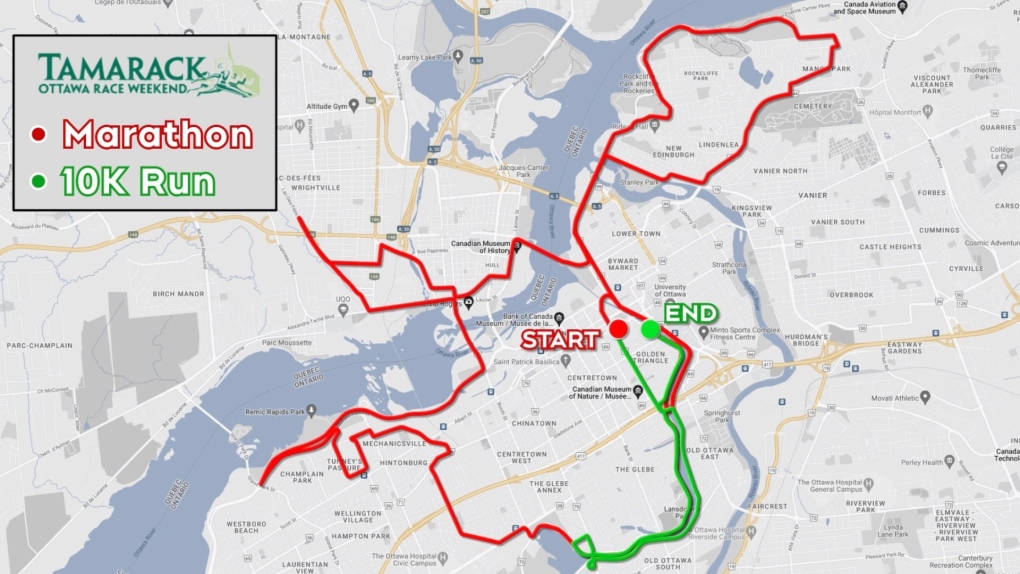 The routes for the 10K and marathon for Tamarack Ottawa Race Weekend. (Dave Charbonneau/CTV News Ottawa)

There will be multiple road closures throughout downtown this weekend. Click here for a full list of closures and detours.