Ottawa Public Health getting ready for flu season, urging everyone to get vaccinated 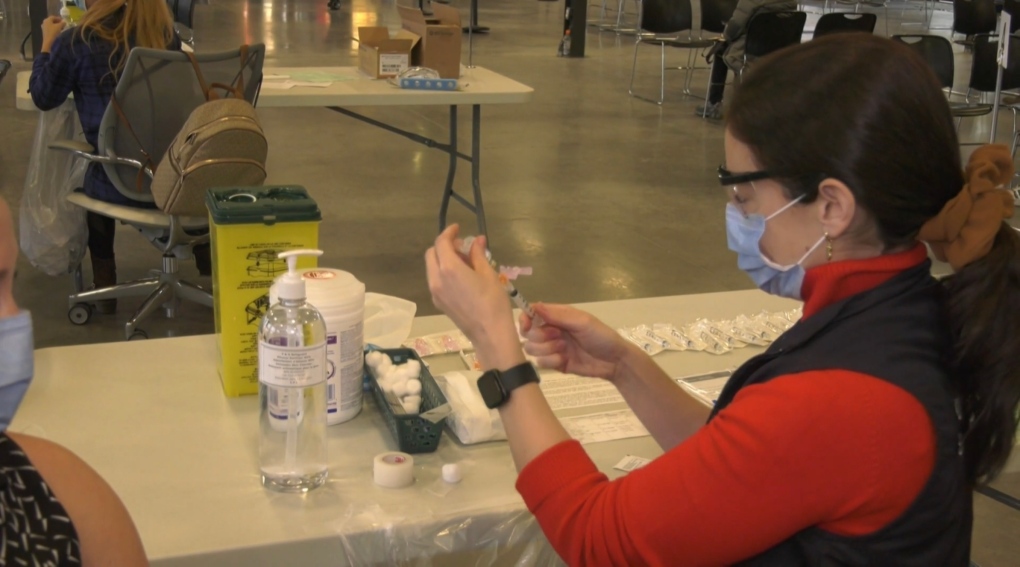 Health officials are warning cold and flu season will return this year and encouraging everyone to get their flu shot as soon as it is available to them. (Leah Larocque/CTV News Ottawa)

"It is always hard to predict the flu season, but we can expect to see more cases than we did last year," says Marie-Claude Turcotte, Manager of Immunization with Ottawa Public Health.

"Some of the public health measures have been relaxed so people have more contact. The masks, physical distancing, hand washing, definitely helps but we can expect to see more.”

Last flu season, Ottawa Public Health reported only three lab-confirmed cases of the flu. In a typical year, that number jumps to between 700 and 800 cases.

OPH attributes the low number last winter to people staying and working at home during lockdowns, masking, and no indoor dining or gatherings.

"Those measures are very good at preventing flu," said Turcotte.

OPH will be holding free flu shot clinics this fall when supply is available. The city receives its flu vaccine supply from the province. The flu vaccine is available for everyone in Ontario six months and up.

"We are going to start distributing to long-term care and hospital starting this week and next, and that will be followed by retirement homes, doctors’ offices, and that is for high-risk patients," said Turcotte.

Pharmacists will also play a role in the flu shot roll-out. Pharmacist Jordan Clarke says there is already demand.

"As early as August we had people asking when will flu shots be available. We are encouraging people to sign up online, and they will be notified when flu shots will be available and they can book an appointment online or walk-in," said Clarke.

Clarke says last year saw a spike in people getting their flu shot.

Clarke says getting vaccinated against the flu will help prevent a rise in hospitalizations during the fourth wave of COVID-19.

"We have been talking about vaccines since April and I think it is at the forefront of people’s minds. We don’t want to do anything that could clog up our emergency rooms and ICUs, cause any harm to our high-risk population," said Clarke in an interview with CTV News Ottawa.

He says there is no concern about getting the flu shot along with a COVID-19 vaccine.

"The National Advisory Committee on Immunization (NACI) is saying there is no timeline requirement between the two (vaccines) so you can have them in close proximity which is good news for everyone especially if there is an opportunity going forward with third doses, which we are talking maybe we will see in the winter."