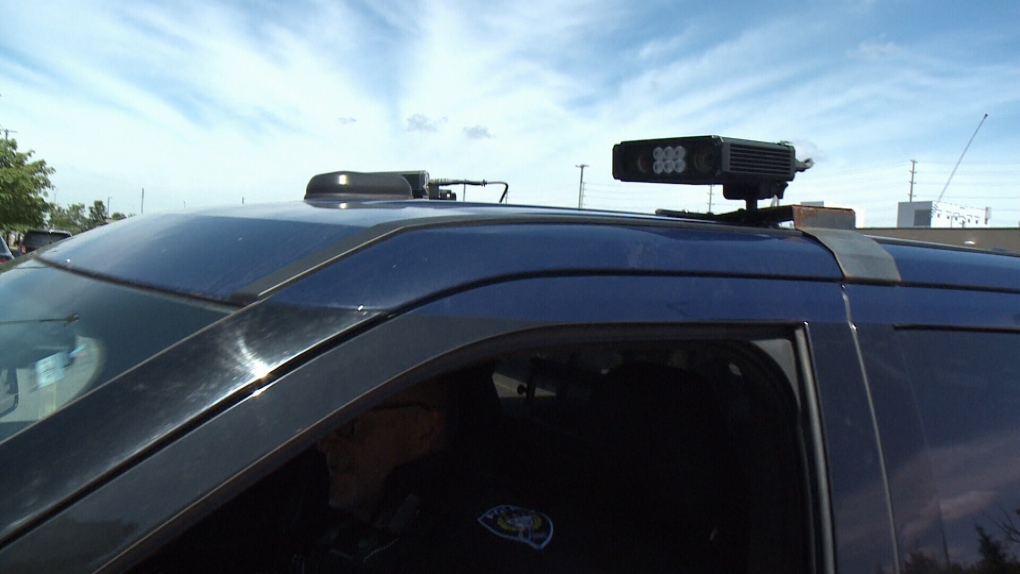 Even though the Ontario government scrapped the licence plate renewal fees and stickers for passenger vehicles, vehicle owners must still renew their plates every one or two years.

"A lot of my officers have come in to me, voicing their concerns that people aren't renewing their plate stickers," Sgt. Robert Cairns told CTV News Ottawa.

"I witnessed this firsthand on Friday, Saturday night of last week when I took the ALPR out and noticed that literally hundreds of people aren't renewing their vehicle stickers."

The Ontario government dropped the fees and stickers back in March, saying the change would save drivers $120 a year. The province said motorists would still need to renew their licence plates.

“I suggest they re-read that letter,” he said. “It's very concerning that people, being very blunt, are either very lazy or ignorant as to their requirement to renew their plates.”

In April, an 82-year-old Ottawa woman received a $495 ticket from the MRC des Collines-de-l'Outaouais police after a friend drove her vehicle to Gatineau with the expired plate. Police said officers validate a licence plate through the system to see if it's expired.

“I could have had thousands and thousands of dollars in fines the other night,” Cairns said. “There will come a time where (drivers) will start getting stopped by Ottawa police officers and issued a $110 fine for not having their plates renewed.”

"We could actually do it right away, but I'm basically giving people another opportunity now. I'm getting more information out, I'm asking them again that they do have an obligation to renew their plates. If that falls upon deaf ears then we will start enforcing the legislation."

Salman Rushdie, the author whose writing led to death threats from Iran in the 1980s, was attacked Friday as he was about to give a lecture in western New York.

Former U.S. President Donald Trump has called for the 'immediate' release of the federal warrant the FBI used to search his Florida estate, hours after the Justice Department had asked a court to unseal the warrant, with Attorney General Merrick Garland citing the 'substantial public interest in this matter.'

The City of Toronto is investigating a power outage that left a large swath of the downtown core including office buildings, a major mall and a university campus without electricity yesterday.

The August 'sturgeon moon' has passed over Earth: Here is what it looked like

Rising over beaches, buildings and statues, the last supermoon of the year created ample viewing and photo opportunities around the world Thursday night.