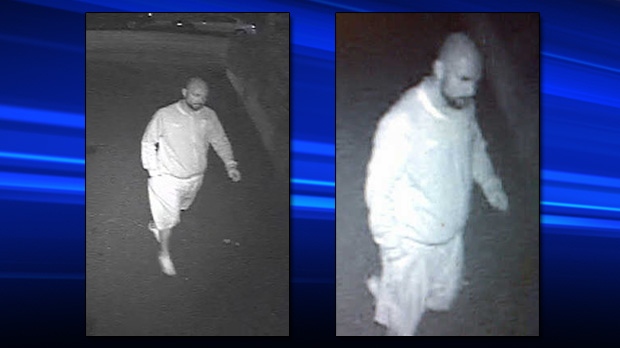 Ottawa Police want to talk to this man

Ottawa Police have released photos of a man they want to talk to in connection with those two break-ins in Sandy Hill early Sunday morning. The images are from a surveillance camera outside an apartment building on Goulburn Avenue, where one of the female victims lived.  In both break-ins, the women awoke in the middle of the night to find a man inside their bedrooms.  In the first case which occurred at 3:40 a.m. on Sunday morning, the woman was being touched.  She screamed and the man fled.  The second incident occurred about an hour later and a block away inside a residence.  The woman woke to a noise inside her bedroom.

“I woke up and there was a man in my room,” the woman told CTV Ottawa yesterday, her voice shaking as she recalled the event, “He was standing beside my bed.  Once I realized I didn’t know who he was, I started screaming and he ran out.”

The victims described the suspect as about 6 feet tall, 20 to 30 years old, with a muscular build and shaved head, wearing a long-sleeved grey or beige sweater or possibly a hooded sweatshirt.

Ottawa Police believe the intruder gained access through an unlocked door and are warning residents to ensure their doors are locked at night.

Police are attempting to identify and speak with the man in the surveillance footage.