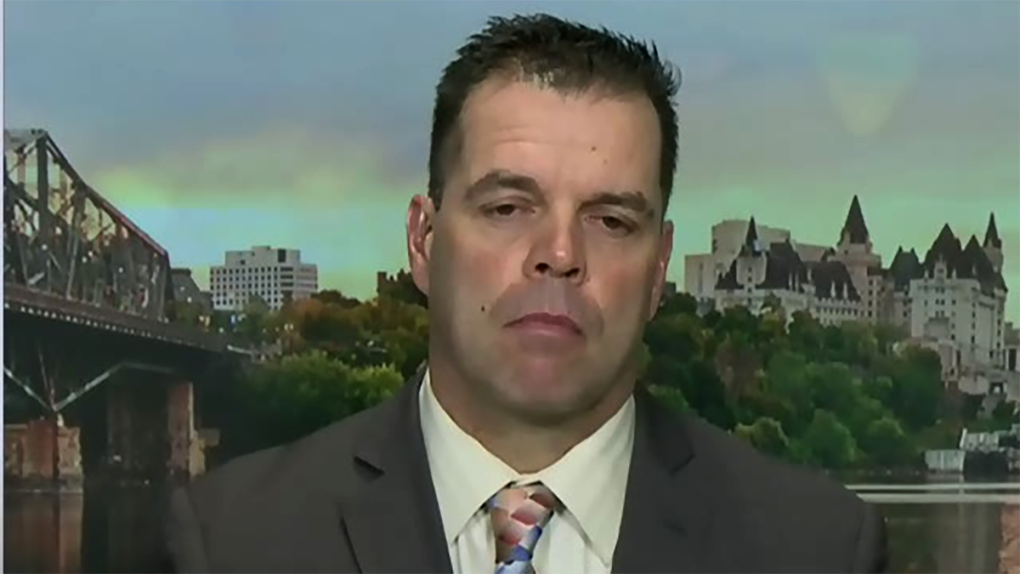 Ottawa Police Supt. Mark Patterson, seen here in 2017 when he was an inspector, has been charged with sexual assault and breach of trust.

An Ottawa police superintendent has been arrested and charged with sexual assault and breach of trust.

Ontario Provincial Police have charged Supt. Mark Patterson with sexual assault, sexual assault committed in a position of trust, power or authority, and breach of trust.

Patterson was arrested and charged on Thursday, Ottawa police said in a news release.

The charges stemmed from alleged incidents involving one complainant between December 2018 and May of this year, police said.

Patterson was suspended in June after allegations of misconduct were made to Ottawa police. The OPP were called in to investigate.

“Ottawa Police takes all allegations of sexual assault and harassment very seriously. We have no tolerance of either. It is damaging and debilitating to all those impacted,” Ottawa Police Chief Eric Stubbs said in the news release.

“The allegations and charges in this case are very serious and it is important that we respect the judicial process and for all the facts to be heard.”

Patterson was released on a promise to appear in court, police said.

He's known for taking a high-profile role in handling major events in Ottawa, including the 'Freedom Convoy' occupation. The Emergencies Act inquiry this fall heard that he was a major event commander for several days during the convoy, and was also a leader in gathering intelligence prior to the protesters' arrival.

However, Patterson did not testify at the inquiry.

Health Minister Jean-Yves Duclos insists the federal government is going to 'work flexibly' with the provinces on the terms of a possible health-care funding deal and avoid 'micromanaging' how they deliver health care to Canadians.