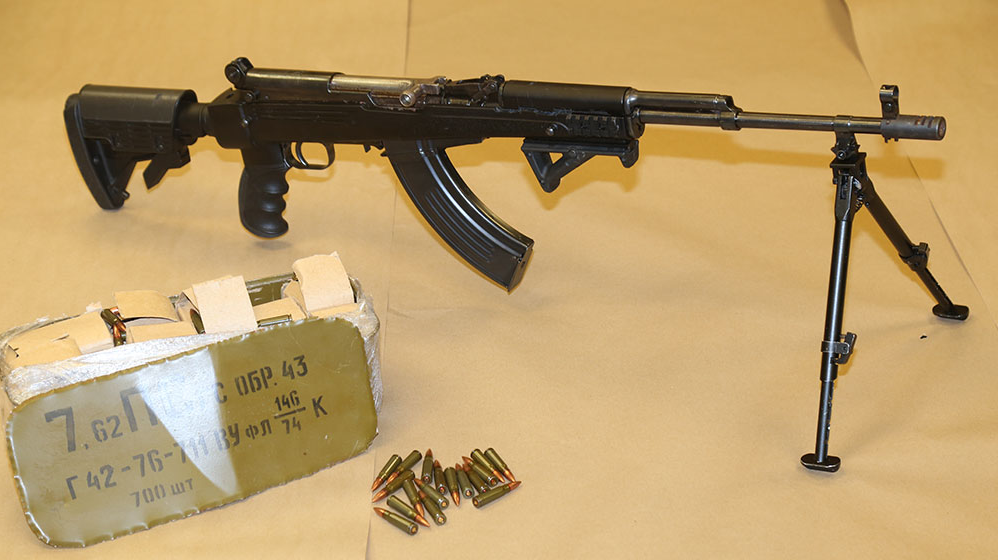 Ottawa Police say they seized a semi-automatic rifle while executing a drug warrant at an apartment in Vanier.

Officers searched the unit on Joffre Belanger Way at around 1:00 p.m. Thursday, according to a press release, and found a small amount of drugs. The search turned up the gun, which was stored in a guitar case.

Police say the rifle is an SKS 1945 rifle with an after-market stock and an attached bipod. 400 rounds of 7.62mm x 39 mm Russian full metal jacket ammunition was also seized.

Police say they also found a stun flashlight, 9.65 grams of marijuana and 5.75 grams of cocaine.

31-year-old Sean Villeneuve is facing a list of gun and drug charges.

Police say a second man, who has not been identified, was also arrested and charged with four counts of failing to comply with a recognizance of bail.

Police Chief Charles Bordeleau tells Newstalk 580 CFRA’s The Morning Rush with Bill Carroll that gun crime has “slowed down” in the past month, something he attributes to gun seizures like this one.

“This summer has been relatively good,” he said. “Our officers have been out there executing search warrants, seizing guns and holding offenders accountable. Normally summer picks up, but our officers are executing the plan we put forth in the spring and it’s having an impact.”

Bordeleau says 39 guns have been seized so far this year.