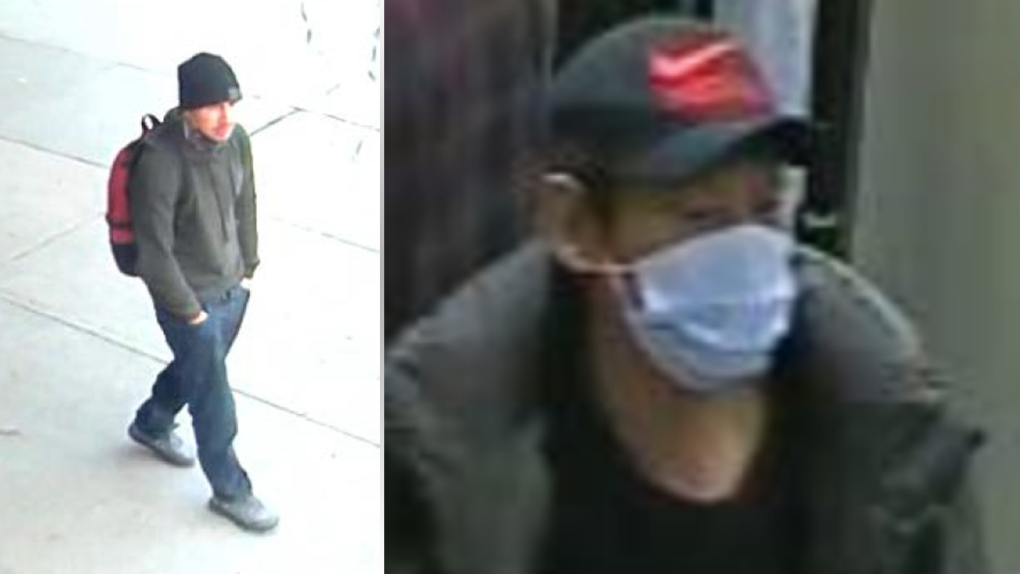 Ottawa police are asking for help identifying these two men, who are accused of robbing a bank on Merivale Road Nov. 20, 2020. (Images supplied by the Ottawa Police Service)

OTTAWA -- Ottawa police are asking for the public's help identifying two men accused of robbing a bank in Nepean.

The two male suspects left with an undisclosed amount of cash, police allege.

The first suspect is described as an Indigenous man, between 30-40 years old who was wearing a dark baseball hat, a green jacket and jeans.

The second suspect is described as a white man in his thirties who was wearing a black tuque, a dark sweater and jeans.

Anyone with information regarding this incident is asked to contact the Ottawa Police Robbery Unit at 613-236-1222, ext. 5116.