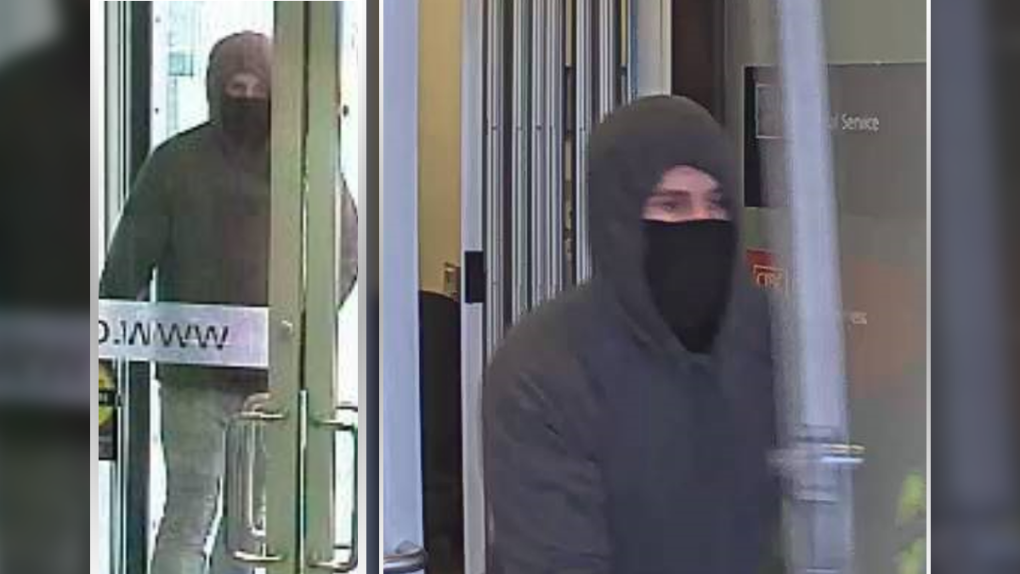 Ottawa police are asking for help identifying a man accused of robbing a business on Beaverwood Road in Manotick on Jan. 7, 2021. (Photo distributed by the Ottawa Police Service)

OTTAWA -- Ottawa police are asking for the public's help identifying a man accused of robbing a business in Manotick earlier this month.

In a press release, police said a man entered a business on Beaverwood Road on Jan. 7, 2021, held out a bag and demanded cash. The suspect then left with an undisclosed amount of money and some merchandise.

No one was hurt during the robbery.

Police describe the suspect as a white man in his mid-20s to early 30s. He is approximately 5'8" (173 cm) tall and weighs roughly 165 lbs (75 kg). He was wearing a grey hooded sweatshirt with light-coloured jeans, dark-coloured gloves and dark shoes and his face was covered with a black mask at the time.