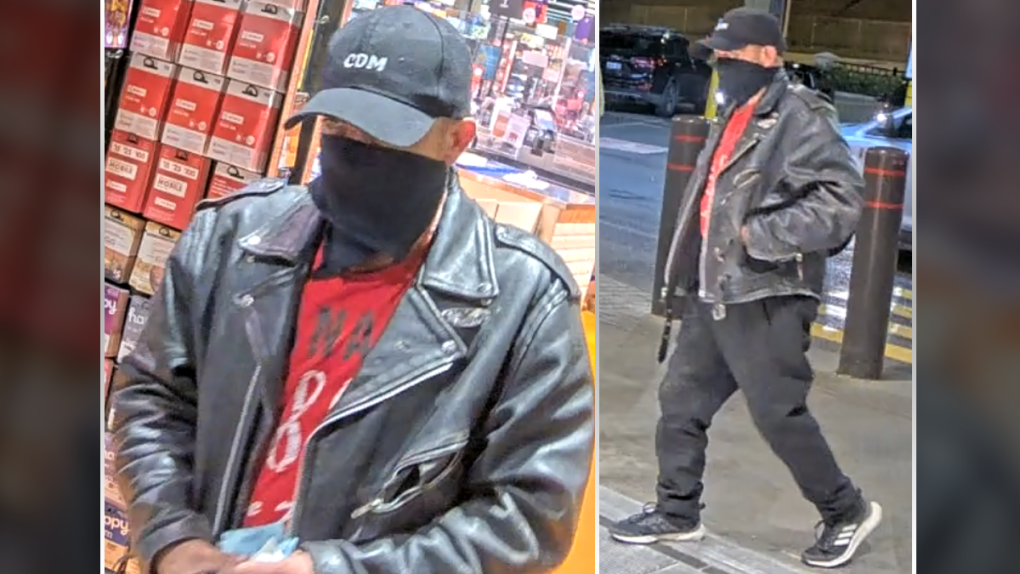 Ottawa police are asking for help identifying this man, who is accused of robbing a grocery store on Isabella Street on Sept. 14, 2021. (Ottawa police handout)

OTTAWA -- Ottawa police are asking for the public's help identifying a man accused of robbing a grocery store last week.

In a release, police said a man walked into the store on Isabella Street at around 9:40 p.m. Sept. 14 and passed a note to an employee demanding cash.

He is described as a Caucasian man in his thirties, standing about 5-foot-6 (168cm). He had a black scarf covering half his face and was wearing a dark grey leather jacket, a black baseball hat, a red shirt, dark pants and black running shoes.