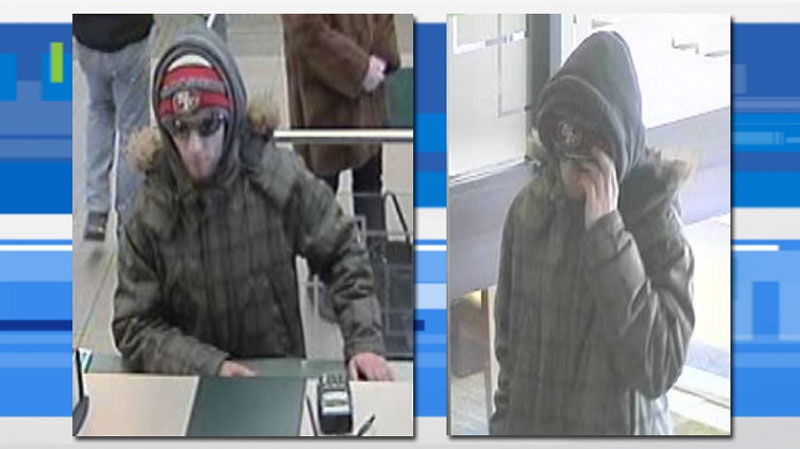 Ottawa Police released a clear photo of a man responsible for a Montreal Road bank robbery.

In the note the suspect demanded cash. When the suspect was handed the money he fled on foot.

Anyone with information with respect to this robbery, or any other robbery, is asked to contact the Ottawa Police Robbery Unit at 613-236-1222 ext. 5116. Anonymous tips can be submitted by calling Crime Stoppers toll-free at 1-800-222-8477 (TIPS) or by downloading the Ottawa Police iOS app.