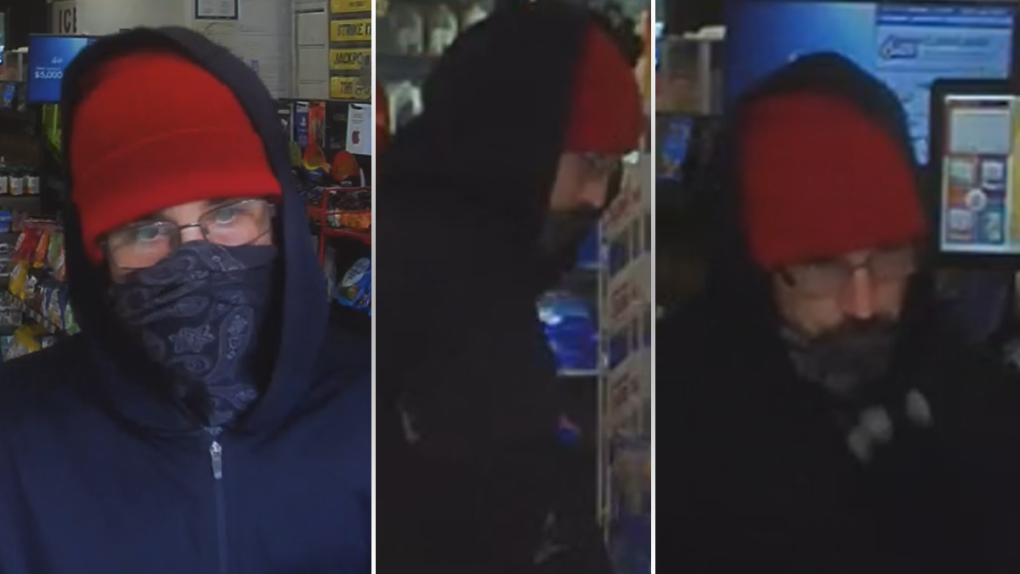 Ottawa police are asking for help identifying a man suspected of robbing businesses in Centretown and Hintonburg at knifepoint on Saturday, Oct. 9, 2021. (Photos submitted by the Ottawa Police Service)

In a release, police said a lone man walked into a business on Bank Street near Gladstone Avenue at around 2 a.m. last Saturday, and allegedly threatened the cashier with a knife.

Police allege the same man threatened a cashier with a knife at a business on Wellington Street West near Parkdale Avenue at around 9:45 a.m. that same day.

In each case, the suspect left with cash, cigarettes and lottery tickets. No one was hurt in either incident.

The suspect is described as a Caucasian man, who is approximately 5-foot-10 (178cm). He was wearing glasses and had a moustache. He was last seen wearing a black zip-up hoodie, a red tuque, a black bandana covering his face, and black pants.

Anyone with information about this incident is asked to contact the Ottawa Police Robbery Unit at 613-236-1222 ext. 5116.