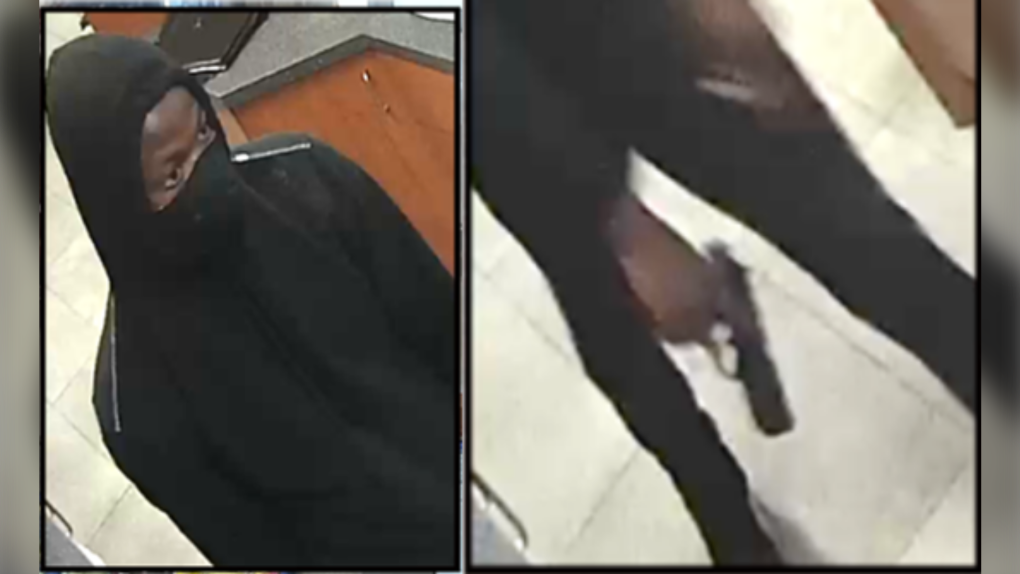 Ottawa police are asking for help identifying this individual, accused of robbing a business on Mitch Owens Road. May 16, 2022. (Ottawa Police Service/handout)

Ottawa police are asking for the public’s help identifying a man accused of an armed robbery in mid-May.

Police say an armed man entered a business on Mitch Owens Road near River Road in Manotick at around 6 p.m., May 16.

The man left with an undisclosed amount of cash. It’s alleged the suspect threatened to shoot the employee if police were called.

The suspect is described as a Black man, slim, wearing a black hoodie, black pants, and a black mask.