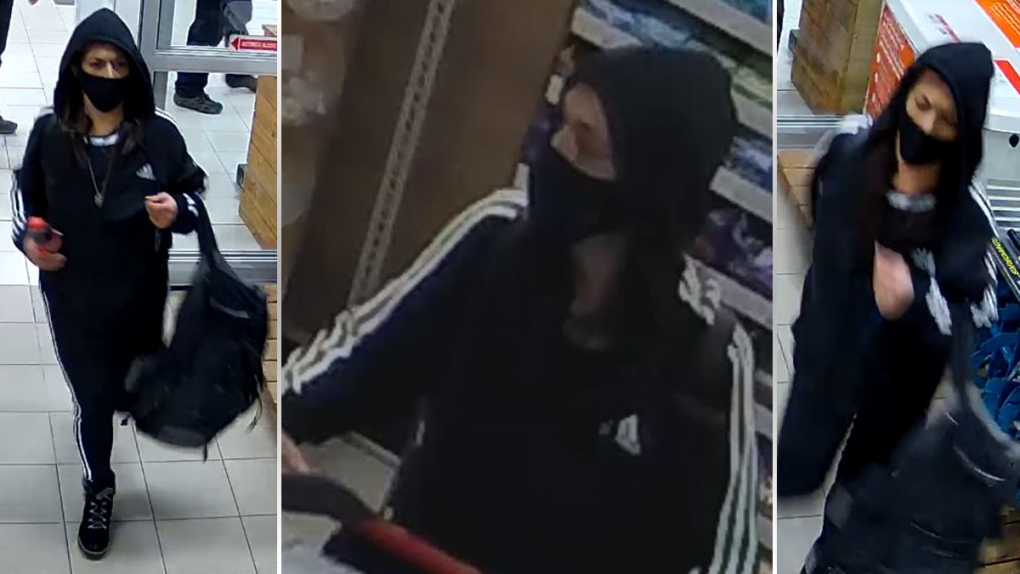 Police say they are searching for a suspect in a robbery on Innes Road last month. (Ottawa Police Service)

Ottawa police are asking for the public’s help finding a woman who allegedly robbed an east-end business last month.

Police said the woman entered a business on Innes Road in Blackburn Hamlet on Nov. 17 around 5:40 p.m.

She stole merchandise and brandished a knife when employees confronted her, police said.

No one was injured and the woman fled on foot.

Police describe the suspect as a white woman with a tanned complexion, in her late 30s or early 40s, with a medium build and about 5-foot-6.

Anyone with information is asked to contact the Ottawa Police Service Robbery Unit at 613-236-1222, extension 5116.