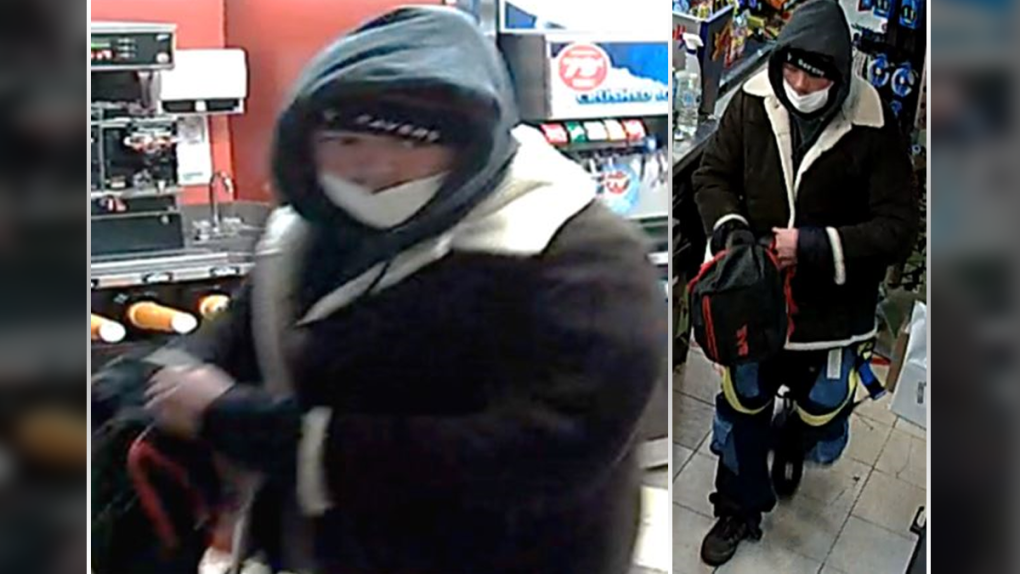 Ottawa police are searching for a man they say robbed a store in Sandy Hill earlier this month. (Ottawa Police Service)

Ottawa police are searching for a man they say robbed a store in Sandy Hill earlier this month.

The man walked into a business on Laurier Avenue East around 11:40 p.m. on Jan. 11 and demanded money, police said in a news release. He left on foot and no one was injured.

He was wearing a brown jacket with white trim, a black toque with white writing on the front, dark hooded sweatshirt, blue construction-style pants with yellow and blue straps, dark boots and carrying a black bag with red.