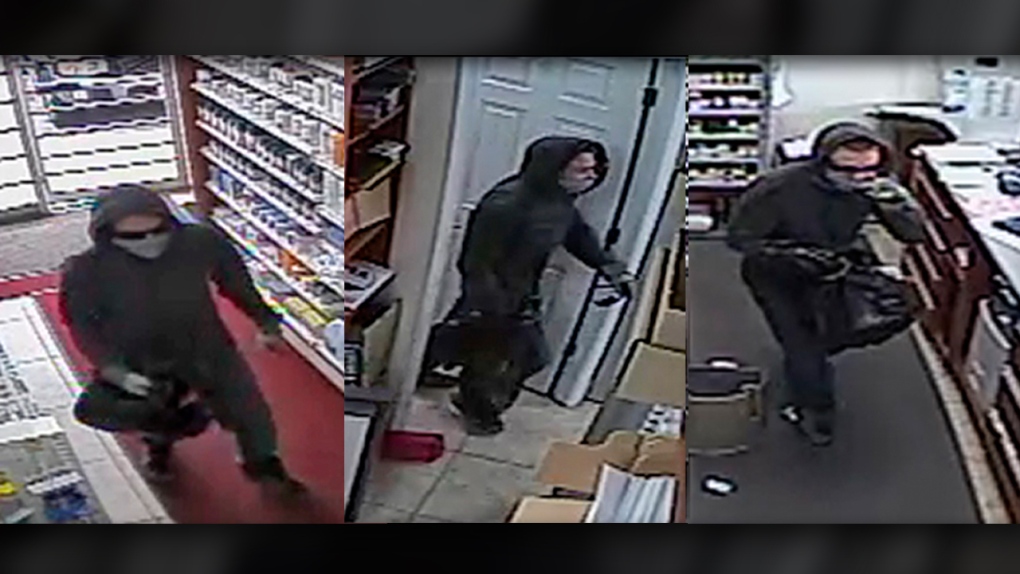 Ottawa Police Service Robbery Unit have released photos and video of a man wanted in connection with a brazen daylight robbery of a pharmacy on September 25th .

Police it was just before 3 in the afternoon that a man entered a pharmacy along the 2500 block of Baseline Road near Pinecrest. He walked directly into the dispensing area where hae grabbed a pharmacist and demanded narcotics. After obtaining a quanity of drugs he placed them in a black bag he had brought with him.

Police say when the man found himself locked in the pharmacy he broke the front window to escape. He was last seen jumping into a beige pickup truck that was parked along Pinecrest. The pharmacist was uninjured. Anyone who recognizes the suspect is asked to contact Ottawa Police.