Ottawa Police search for suspect after $400,000 fraud and identity theft in March 2019 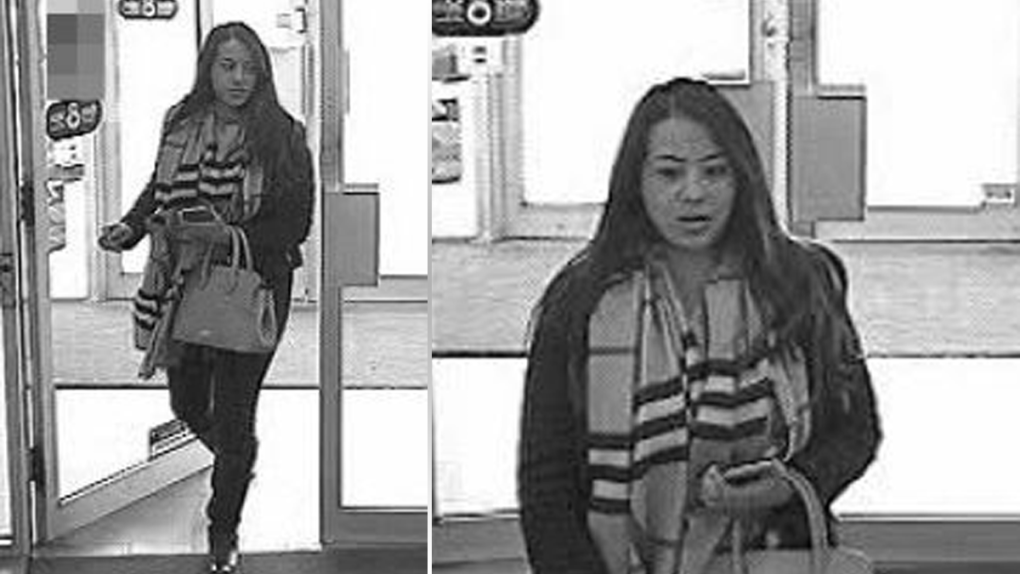 OTTAWA -- Ottawa Police are looking for a woman accused of fraudulently transferring $400,000 from a bank account in March 2019.

Investigators released details about the investigation and two security camera images of the suspect wanted in connection to a fraud/identity theft at a bank in Ottawa's east-end.

Police say a woman identified herself to bank staff with fraudulent official documents stating that she had lost her debit card.

"A new card was issued to her. Over $400,000 was later transferred fraudulently from the account linked to this card," police said in a statement.

The suspect is described as 35 to 40 years-old, approximately 5'5" tall, with long dark hair. Police say she had a significant scar on the left side of her face that could be covered by make-up.