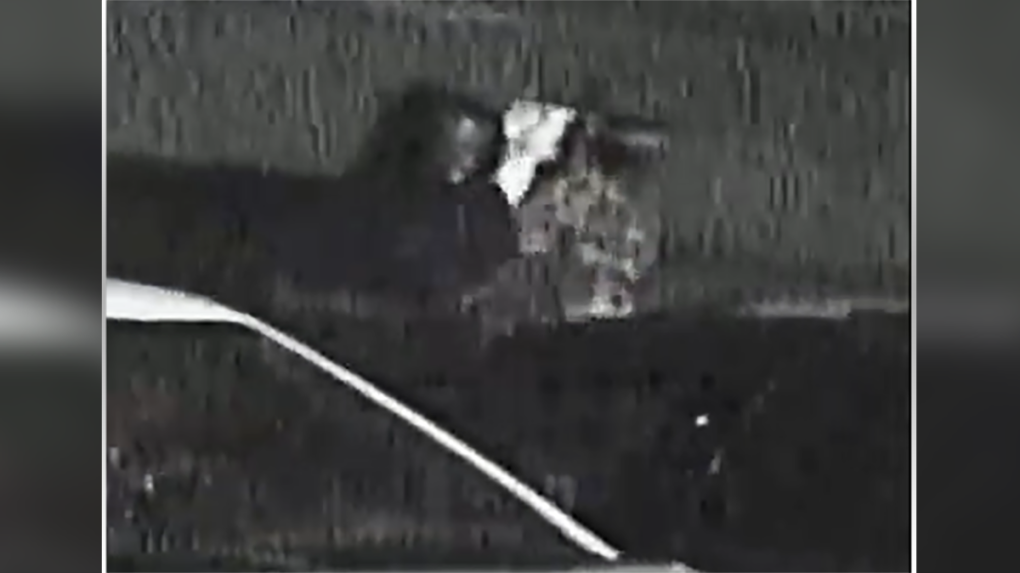 A screenshot of a video released by Ottawa Police, purporting to show two persons of interest in the Aug. 21, 2020 homicide of Jonathan Wite, 23, on Richmond Road. (Photo courtesy of the Ottawa Police Service)

OTTAWA -- Ottawa Police have released a video purporting to show two persons of interest police believe are linked to the shooting death of a 23-year-old man last week.

Jonathan Wite was found with gunshot wounds at an apartment building on Richmond Road shortly after midnight Friday, Aug. 21 and was pronounced dead.

On the weekend, police released images of three people, described as "persons of interest" in the hope of identifying and speaking to them. Police also asked for dashcam and surveillance footage from nearby Grenon Avenue from around the time of the killing.

Wite's death is the sixth homicide in Ottawa in 2020, and was the first of three shootings in three days in capital.

Anonymous tips can be submitted by calling Crime Stoppers toll-free 1-800-222-8477 or at crimestoppers.ca.