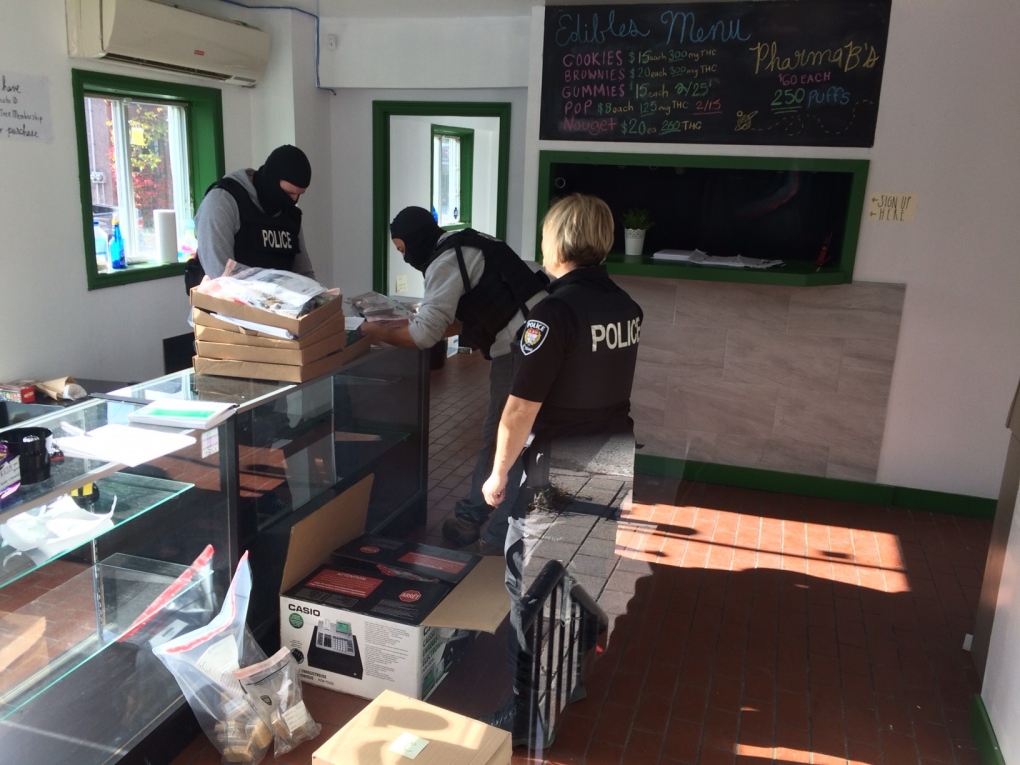 Ottawa Police raided several illegal pot shops across the city Friday morning, after a growing number of calls for the city to shut down or regulate the budding businesses.

Police conducted major simultaneous raids on seven dispensaries across the city and arrested a total of 9 people, charging them with possession for the purpose of trafficking and possession of proceeds of crime.

Officers, including the police tactical unit, seized product from the stores, hauling out marijuana, hash, oil, edibles, even ATM machines.

Raids were also conducted at shops on Preston Street in Little Italy, Montreal Road in Vanier and St-Joseph Boulevard in Orleans.

There are 17 marijuana dispensaries in the city. They have popped up as the federal government continues to examine how it will legalize and regulate the use and distribution of the drug.

However, some city councillors called on Ottawa Police to shut the stores down because they operate illegally. For now, the only way to legally obtain medical marijuana is through providers licensed by Health Canada.

Until today, Ottawa Police had monitored the dispensaries but had declined to raid them. In Toronto, police raided and shut down dozens of the shops earlier this year.

The raids come after a growing number of calls to shut down or regulate the businesses.