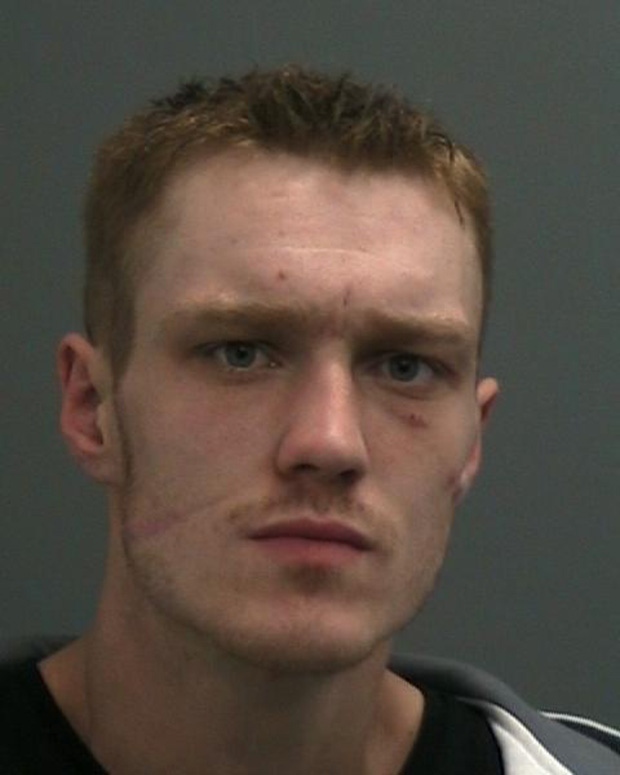 Update: The Ottawa Police Service advises that Andrew Harper turned himself in at the Elgin Street police station last night.  He will appear in court later today.

OTTAWA - The Ottawa Police Service Robbery Unit has laid charges in connection to two May pharmacy robberies and an arrest warrant has been obtained for the suspect.

On May 11, 2013, at approximately 1:55 pm, a lone male suspect entered a pharmacy situated along the 400 block of Richmond Road. The suspect presented a note making a demand for prescription drugs. The suspect fled the premises empty-handed.

Later the same date, at approximately 3:40 pm, the same suspect entered a pharmacy situated along the 500 block of Montreal Road. The suspect again presented a note making a demand for prescription drugs. The suspect again fled the premises, empty-handed, as police arrived, having been notified of the robbery.

An arrest warrant has been obtained for Andrew HARPER, age 27 of Ottawa. He has been charged with the two counts of robbery and two counts of breach of probation. Mr. Harper's current whereabouts are unknown. He is described as being a Caucasian male, 180 lbs (82 kg), 5'11" (180 cm), blue eyes, light brown hair.

Year-to-date in Ottawa there have been 7 pharmacy robberies and only one of those remains unsolved. The Robbery Unit is still seeking the public's assistance in identifying the suspect responsible for the March 21 robbery of a pharmacy on Portobello Boulevard in Orleans. This incident was the subject of a previous media release on March 26, 2013.