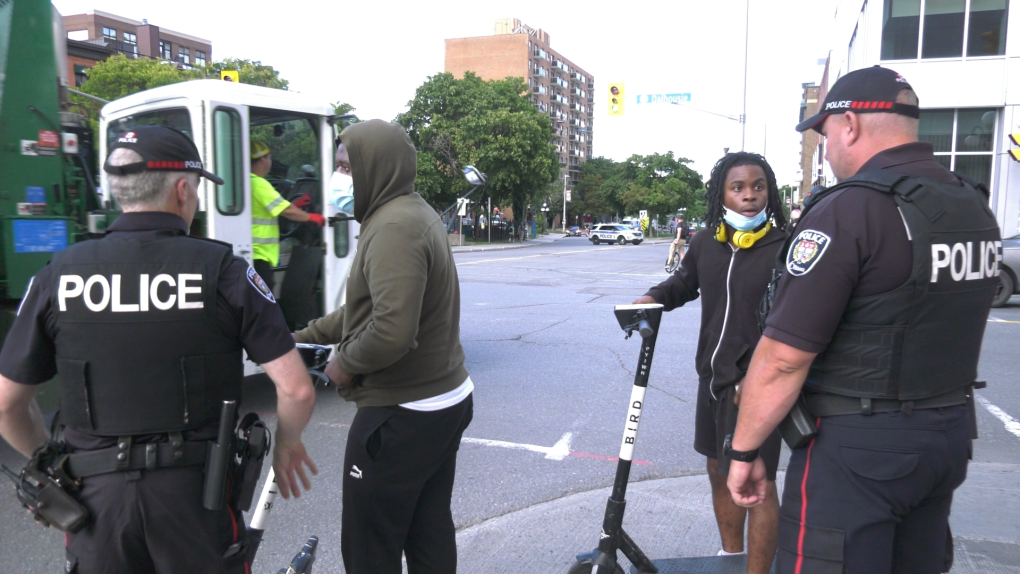 OTTAWA -- As e-scooters gain popularity in the capital, Ottawa police are monitoring what you can and can not do with them.

On Wednesday, officers conducted an enforcement blitz in downtown Ottawa to remind users of the rules of the road and to give tickets to those who broke them.

Const. Tony Hagen was out with his colleagues patrolling downtown Ottawa and he said they found many people unaware of how to use an e-scooter.

“One of the biggest issues that we are finding (is) people who rent these devices are going onto the sidewalks with them,” Hagen said. “They are not staying on the road, they are scooting in and out of people and that causes a danger to a pedestrians and a danger to themselves. The fines range from anywhere from $105 all the way up to $400.”

Although rules for e-scooters vary across the province, according to the Ottawa Police Service:

The most important rule according to Hagen is, “You can not use these machines if you are impaired by alcohol or drugs.”

Marilyn Dib is the Manager at Cedars & CO. Food Market on Bank Street in Old Ottawa South. Dib hopes the blitz will include a crackdown on e-scooter parking.

Her customers have had to struggle around scooters clogging up the sidewalk in front of her store and she worries seniors or children could be hurt if a scooter gets knocked over. Dib is also concerned the clutter of e-scooters is moving into neighborhoods with narrow streets and sidewalks.

“What we are seeing in old Ottawa south is the fact that people are not using the kickstand they are laying them flat on the sidewalk in front of people’s homes and that becomes an issue with people having to maneuver around them,” Dib said. “I do not think the rules as they are now are effective.”