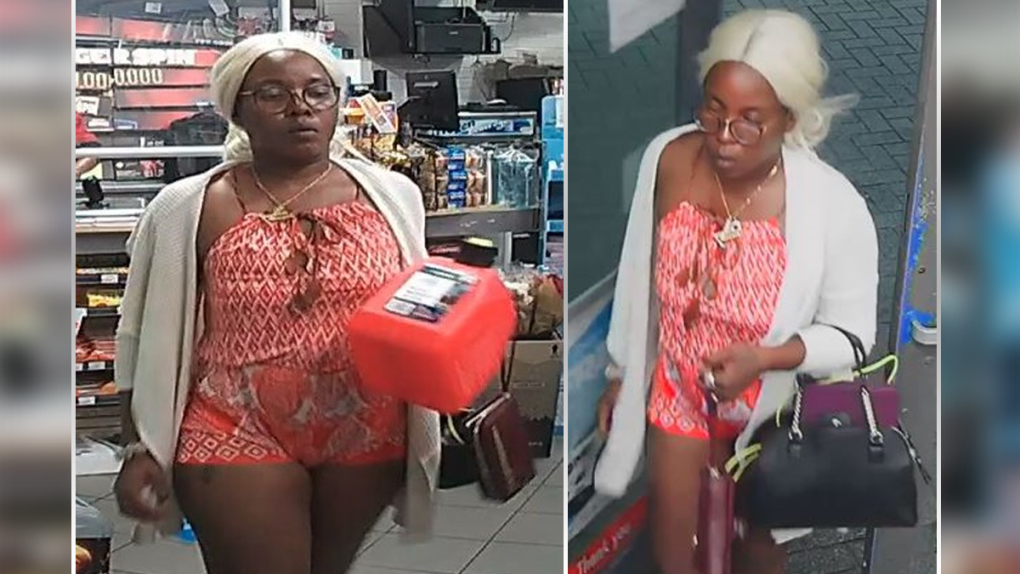 Ottawa police are asking for the public's help identifying this woman, who is considered a "person of interest" in an arson investigation. (Photos submitted by the Ottawa Police Service)

OTTAWA -- Ottawa police are asking for the public's help in identifying a woman described as a "person of interest" in an arson investigation.

Police and firefighters were called to a building on Somerset Street West between Bank Street and Beckington Private just after 2 a.m. on Aug. 26, 2021. Ottawa Fire Services said at the time that a fire was found in a third floor hallway and it rendered at least two units uninhabitable. No one was hurt.

In a release Wednesday, police said the woman they are trying to identify is described as a Black woman, with a stocky build and blond hair tied back (possibly a wig). She was wearing eyeglasses, a white cardigan sweater over pink patterned shirt and shorts or a jumper, black sandals, and was carrying a black purse and a red gasoline can.