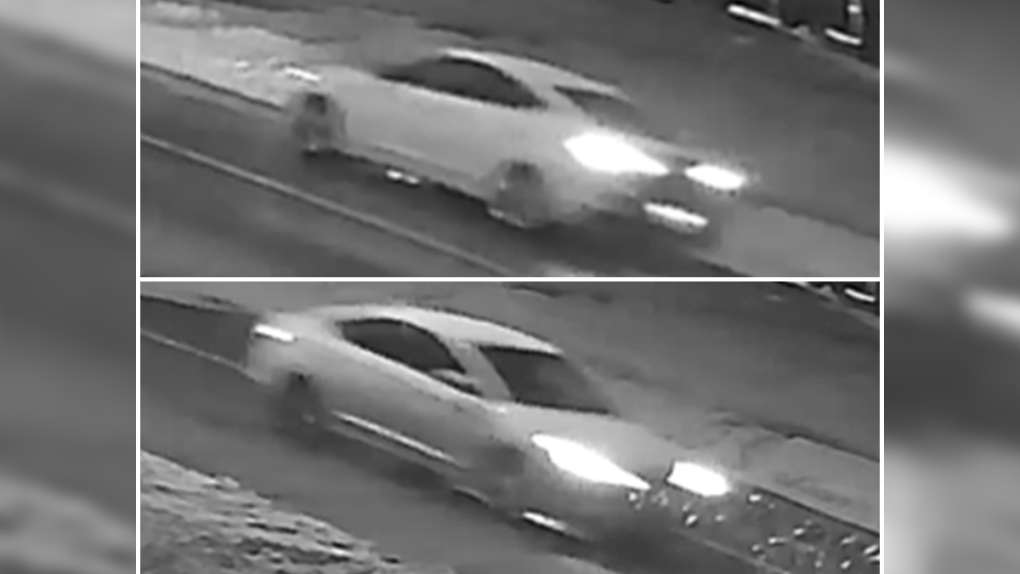 Ottawa police are asking for help identifying this vehicle, which is considered a "vehicle of interest" in a Jan. 16, 2021 homicide investigation. (Ottawa police handout)

OTTAWA -- Ottawa police are asking for the public's help in identifying what they're calling a "vehicle of interest" in a homicide case.

A light-coloured, four-door sedan was captured on surveillance footage near Lorry Greenberg Drive at around 3 a.m. Jan. 16.

Mehdi El-Hajj Hassan, 20, was shot to death in the area of Hunt Club and Lorry Greenberg at around that same time. His killing was the first homicide of 2021 in Ottawa.