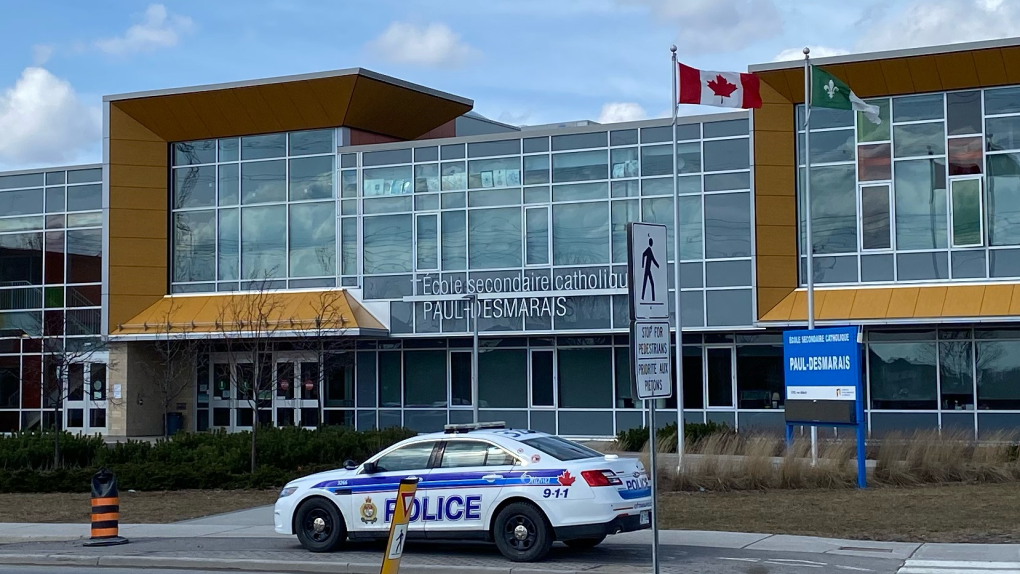 Ottawa Police outside Paul Desmarais Catholic High School in Stittsville responding to a call for a person nearby possibly carrying a gun on Thursday, March 25, 2021.

OTTAWA -- Ottawa police have lifted a "safe school mode" for a Stittsville school after receiving a call about a person possibly wielding a gun.

At 12:33 p.m. Thursday, police said on Twitter that officers were responding to a call for a person possibly carrying a gun in the 5300 block of Abbott Street East.

At 12:44 p.m., police said officers attended the scene, spoke to the one witness and did not locate anyone suspicious in the area.

"The incident at scene is concluded, however the matter remains under investigation," said police.

The nearby school is Paul Desmarais Catholic High School.

Police is responding to a call about a person possibly carrying a gun in the 5300 block of Abbott Street East. A nearby school has gone into safe school mode. Please avoid the area.

There are no road closures in effect at this time.#ottnews